Based on the novella "Medicine Woman" by Witi Ihimaera, White Lies is the story of Paraiti (Whirimako Black), a medicine woman in 20th century New Zealand.

Orphaned when her father's murdered by European soldiers, she leads a nomadic life, predominantly healing the sick and teaching of the old ways. One day, when in town, she's approached by Rachel House's Maraea, who needs her to help for her mistress Rebecca Vickers (Antonia Prebble). 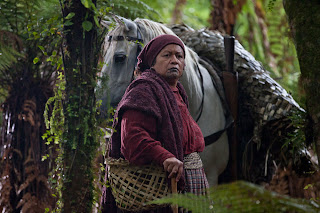 Vickers is pregnant and she needs Paraiti to help her get rid of the baby... Initially reluctant, Paraiti ends up helping Vickers. But there's a clash between Paraiti and Maraea over cultures and traditions...

White Lies is a bit of a tough watch thanks to poor pacing.

Despite being beautifully shot, using perfectly captured period detail and settings, the live action is simply not gripping enough unfortunately to involve you as it plays out.

Whilst Black's softly spoken and spiritual Paraiti is a well put together character among the lush verdant greens of the New Zealand scenery, her interaction with Maraea and Vickers leaves a little to be desired. Using minimal soundtrack and music, you'd expect the piece to have more of a hold on you but rather than captivating you as you watch, it simply ends up making you feel like the time is dragging - despite it only being some 90 minutes long. 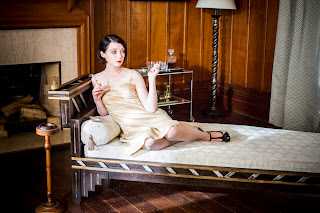 Prebble's porcelain and haughty Vickers is a difficult creature to warm to, even when a shocking revelation comes to light; and House's Maraea is more angry than shades of grey as the tensions play out within the house. That's the thing too - it feels very much like a theatre play that's not translated well to the big screen. I'm not particularly au fait with Ihimaera's novella, but I'm sensing there may have had to have been some padding out at this point to fill the time - and unfortunately, the film suffers from it.

In all honesty as well, this film is not an emotionally easy watch - there's a real feeling of maudlin melancholia as it unspools which won't really strike a chord with many heading to the cinema hoping for a bit of escapism. 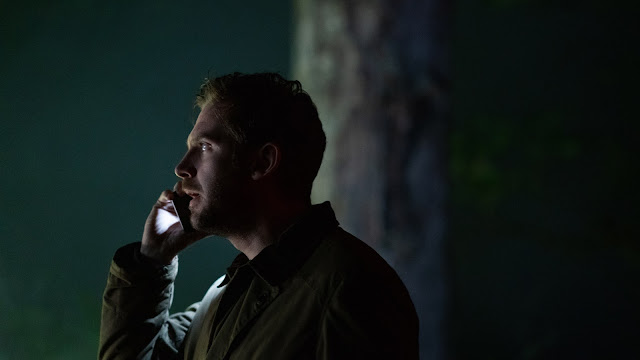