In this latest from the studio who brought you Little Miss Sunshine and Juno, it's back to the old cliche of teenager coming of age.

Liam James stars as 14 year old Duncan, an awkward and inept kid who, as the film begins, is on his way to a summer beach home with his mum (Toni Collette), her new bully-boy boyfriend Trent (Steve Carell) and his daughter. It's a vacation he doesn't want and a family he's got no desire to be part of. 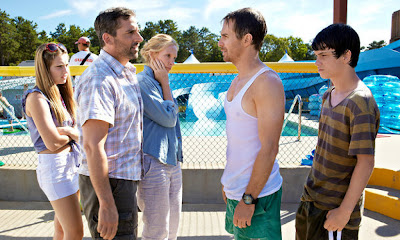 And when he meets neighbour garish drunkard Betty (a wonderful Alison Janney) it seals the deal for him - he's going to hate the summer no matter what happens.

But against the odds, Duncan strikes up a friendship with Sam Rockwell's wise-cracking water park owner Owen and begins to blossom under his tutelage and Duncan begins to find his voice in the world.

Coming of age movies are traditionally cliched and unoriginal - not The Way, Way Back. Despite handling material that's as old as the hills, The Way, Way Back is fresh, funny, dramatic when it needs to be and utterly charming. 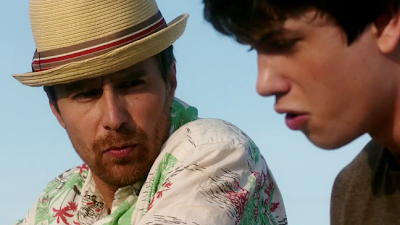 It succeeds largely in part due to the smart, sassy script which is on offer - and the performances of the likes of Sam Rockwell and Alison Janney as well as Liam James as the awkward teen.

It's Rockwell's piece really though as he rocks out some comic monologues as he lounges around the idea of management of the washed out water park. He has charm and charisma aplenty in this character piece - and he's got some of the most unpredictably funny moments in the movie as he espouses dry and deadpan moments of wisdom to Duncan. The growing relationship between the pair as Duncan finds the father figure he craves instead of the hectoring and badgering of bully boy Trent shines throughout and feels natural and realistic.

But other performers in the piece also shine - Carell delivers a distinctly unlikeable turn as the newcomer to the family, whose borderline menace is always simmering in the background; Janney blazes an early trail in the movie before giving way to Rockwell and James deserves some credit as the teen blundering his way through growing up, discovering himself as well as the neighbouring girl (played by AnnaSophia Robb). 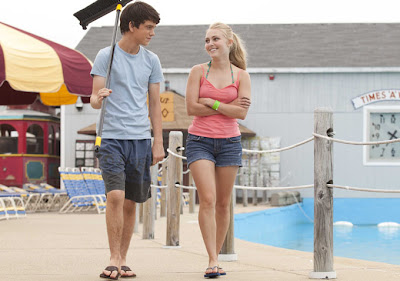 There's an undeniable charm to The Way, Way Back - it has an ease of originality and offers a new sideways take on the old "coming of age during one summer away from my normal life" movie that we've seen a million times before. Faxon and Rash have a way of wrong-footing you throughout and taking the path less travelled to deliver the moments that shine on the screen.

The Way Way Back is an unmissable film with comedic poignancy - it sings of fresh originality and proffers up a brilliant turn from Rockwell. I can't urge you enough to see this movie - it's already got a place on the best films of 2013 as far as I'm concerned and you should succumb to its immense charms immediately.