This psychological piece draws influence from Hitchcock and is written by Wentworth Miller, who's better known for his lead role as Michael Scofield in Prison Break. 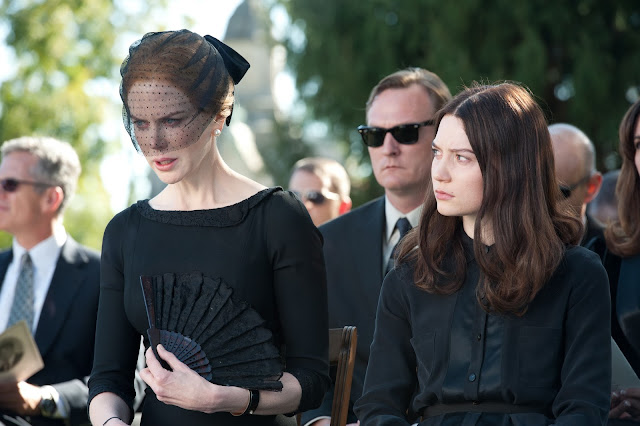 It's the story of India Stoker, who, on her 18th birthday finds her life thrown into turmoil by the death of her father. India's been close to her father for years, and the death forces her into spending time with her mother Evelyn (a haughtily distant Nicole Kidman).

Things are further shaken up for India, when her uncle Charlie (a charismatic but creepy Matthew Goode) shows up at the funeral and moves into the home. Evelyn becomes obsessed with him and begins a relationship, but India's unsure of the new arrival but finds her interest piqued when people from around the house start disappearing... 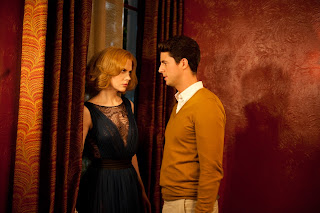 Eerie, uncomfortable, full of great close ups and terrifically atmospheric, the director of Oldboy, Park Chan-wook has created something incredibly riveting and stylish on the big screen with this coming of age thriller, which is distinctly reminiscent of a Hitchcock piece.

It's also unbelievably stylish as well, with India's heightened senses proving to be a major part of the soundscape of the film. Every single sound is amplified and the effect is mesmerising as Chan-wook's taut thriller plays out.

With unusual camera angles and point-of-view precision shots scattered throughout, Chan-wook's made something which is disorientating and engaging. The visual and the audio are expertly used to play to our senses. One shot sees Wasikowska brushing Kidman's orange tresses and that morphs into grass blowing in the breeze - it's an audacious shot which screams style and is bravura film-making.

Matthew Goode makes a charming and psychotic uncle, who mysteriously appears on the scene and who charms both Evelyn and eventually, India. Kidman is distant as the mother trying to reconnect with her daughter and her life; and Mia Wasikowska is withdrawn as the different-from-everyone-else India, who's waking up to the world around her. She's terrific as the lead, and her awakening is an uncomfortable experience which horrifically boils over at the end.

It takes a while to adjust to the characters' distance at the start of the film, (there's nary a hint of humour throughout) but this aloof Addams Family psycho-drama chiller-thriller is unsettling, ethereal and artistic - and quite unmissable.