Cast: Rachel House, Briar Grace-Smith, Tanea Heke, Ana Scotney
Directors: Ainsley Gardiner, Briar Grace-Smith
If discordant narratives and ebb and flow story-telling is your thing, then this adaptation of Patricia Grace's 1992 seminal novel will be for you.

For some, the constant jumping between narratives will prove a major distraction and a potential roadblock to the emotional connection needed for a story.
Cousins is the story of three Maori cousins Missy (House) Makareta (Grace-Smith) and Mata (Heke) , separated by life and circumstance. Loosely the film looks back at their past and how they came to be apart, and Makareta's quest to get the family back together. 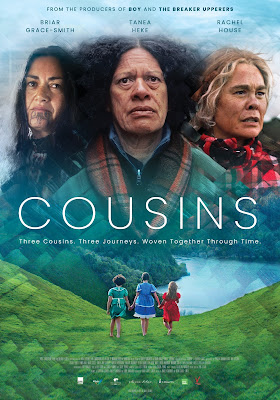 It's churlish to knock the work done in Cousins, but the overly melancholic tone and dissonance makes it hard to fully engage throughout. It's not helped by the time shift jumps - certainly later on, when certain moments needs an emotional heft, Cousins is found wanting because of a lack of time spent in a timeline.
And yet, with strong work from the likes of Scotney as the mid-life Mata and Heke whose face is lined with so much life and worry, Mata emerges as perhaps the stronger of the trio, but even then parts of her story require some leaps of faith from the viewer.
That said, Gardiner and Grace-Smith have assembled a portmanteau approach that covers a lot of ground (perhaps one of the failings here) and created a movie that will appeal to the arthouse crowd, more than a wider audience.
It's not to damn Cousins to say that it feels like the kind of film that will become part of a New Zealand curriculum but the film feels of this country rather than of a more universal appeal. A tighter focus on the later parts of the lives told in the stories may have helped.
Its tale of identity and family, as well as shameful elements of New Zealand's past and systems are all worthy narratives to pursue, and Gardiner and Grace-Smith do it with such finesse throughout.
There is a mournful melancholy tone throughout Cousins, one that's hard to shake and get joy from - but the wahine story is told with such compassion, empathy and soul at times that some will leave emotionally bereft from; yet others will leave feeling the lack of catharsis was not quite worth the journey taken.
By Darren - March 04, 2021 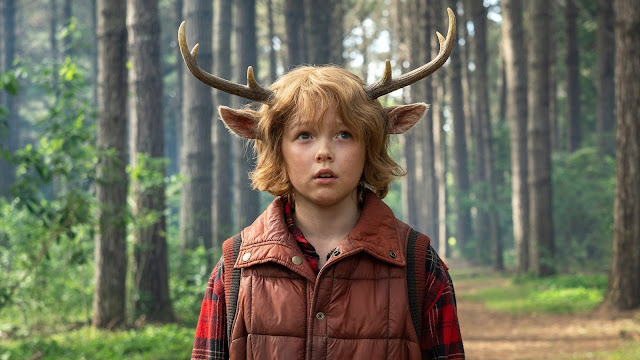