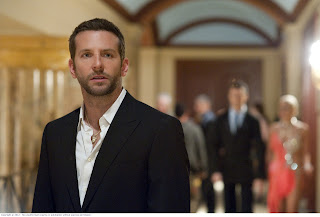 Silver Linings Playbook is the first film to scoop Oscar nominations in all 4 major categories in 31 years and finally arrives on New Zealand cinema screens.

Cooper is Pat Solitano, a bipolar disorder sufferer and former teacher, who is getting out of a mental health facility, 8 months after a violent incident which saw him hospitalised and restraining orders slapped in place. Released to his mother (Animal Kingdom's Jacki Weaver) he heads up home, determined to win his wife back and resume normal life. 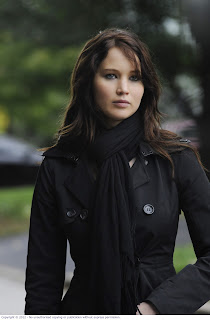 In denial about whether he needs medication to cull his manic ways, Pat sets about trying to get in touch with his wife but his plan is slightly derailed when he meets Tiffany (Jennifer Lawrence on fine form), a young woman whose husband was killed and who has problems of her own.

Initially, the pair rub each other up the wrong way - but soon after, a friendship develops as Tiffany promises to help him deliver a letter to his wife - as long as he helps her achieve her dream of taking part in a dance competition.

But Pat's commitment to Tiffany puts him on a collision course with his father (De Niro) who believes (thanks to OCD) that Pat is the key to his gambling successes...

Silver Linings Playbook is a romantic drama / comedy with heart and humour aplenty.

However, it also benefits from a career best performance from Bradley Cooper, who commands the screen from the beginning and imbues his Pat with manic energy and warmth, while resisting the urge to overplay the bipolar behavioural tendencies of his character. It's this humanity, coupled with Cooper's willingness to lay it all bare, which make Pat so relatable. This is no showy, "Look at me, I've got bipolar" performance, but a crowd-pleasing, warmly comic, instantly human turn. 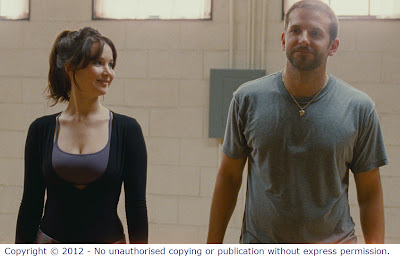 Likewise, Jennifer Lawrence also impresses as Tiffany, the damaged woman who has her own issues. While some of the writing leaves you a little unsure as to why she's initially attracted to helping Pat, there's no mistaking the spiky, spunky relationship the pair strike up. But she takes what essentially could be a one note character and gives it depth. Equally, De Niro, with his character's OCD tendencies, gives such a great turn you almost forget some of the absolute drivel he's done recently. All three deserve their Oscar nominations - though Jacki Weaver is a little too sidelined to shine as the family bicker, quarrel and pick at each other the way all loving families do in among the chaos of daily life.

Mixing eccentricity with a warm gooey centre, Silver Linings Playbook is a slightly off-kilter crowd-pleaser of a film which is poignant, touching. moving and yet never overly sentimental.