Ben Stiller flexes his directorial muscles in this quirkily whimsical piece about a white collar worker who works for Life magazine. 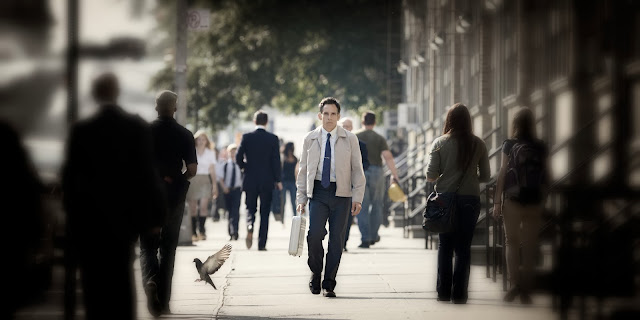 That worker is Walter Mitty (played by Ben Stiller) - and his job is to process photos for inclusion in the magazine. Prone to daydreaming, Mitty's an unmitigated hopeless case; a man for whom fantasy is more reality than an escape from the anonymity of a boring daily routine.

But when the magazine is bought out by a conglomerate and the final issue's announced by management-speak spouting bearded boss (Adam Scott), Mitty's forced to take action - not just because the image they need from top photographer Sean O'Connell is missing.

So, bounding out of the door and finally coming to life, spurred on by LIFE Magazine colleague (and crush) Cheryl, Mitty embarks on the first and biggest adventure of his lifetime as he comes wildly to life.

The Secret Life of Walter Mitty is a real curio of a film and a doozy served up by Ben Stiller. Based on James Thurber's 1939 short story and not a remake of the 1947 film, Stiller's committed something to celluloid which looks distinctly different to anything else witnessed this year. 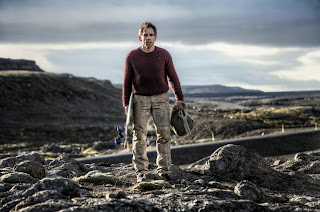 Mitty's flights of fancy are visually incredible as they weave seamlessly into the ongoing narrative - from an opening sequence where he imagines himself leaping perilously through a building to save Cheryl's three-legged dog before the whole thing blows up to an imaginary fight with his boss which wrecks as much of Manhattan as the Avengers did and an adorably funny sequence where Mitty imagines his life with Cheryl in an homage to The Curious Case of Benjamin Button, they capture the fantastical nature of a daydreamer. But, with so many of them coming so quickly, the technique threatens to jar and irritate rather than to help the film soar.

Thankfully, when Mitty springs into life to track down O'Connell, the film calms down a little as the real adventure doesn't need sprucing up with fantastical edges. Taking in Greenland and Iceland's wondrous scenery, Stiller's done an excellent job of letting the visuals set the tone for this incredulous journey of a quiet and reserved man finding his voice.

Sure, there are coincidences of quirk layered upon this travelogue and a nice side story involving an internet dating site continually calling Mitty to expand his profile and hobbies as he's out adventuring, but there's an earnestness and a zest for life that's fully exploited on the big screen.

Stiller doesn't entirely manage to fully convince as Mitty; while he's dialled down his propensity for slapstick (which comes to the fore in a couple of sequences), his default setting appears to be Blue Steel which can be occasionally off-putting. He has a good solid rapport with Wiig and their burgeoning relationship works well; likewise, the enigmatic Sean O'Connell is excellently portrayed by an earnest Penn. 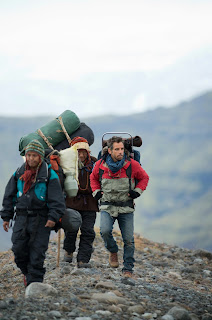 Thoughtful, occasionally profound and always visually inventive, it's as a director that Ben Stiller excels in The Secret Life of Walter Mitty - I've seen nothing else like this on the big screen this year. There are strong visuals which really resonate as they bounce onto your eyeballs - and Stiller's found a crafty way to write various parts of the script into the world around Mitty thanks to VFX.

All in all, there's a cinematic eccentricity and whimsy to The Secret Life of Walter Mitty which is hard to ignore; it's a flight of fancy and reflective piece to let wash over you as the excesses of Christmas subside.