The Ground We Won: Film Review

The Ground We Won: Film Review

It's an adage that two moments chiefly evoke in The Ground We Won and a reminder that come hell or high water, on and off the field, the cows still need milking - or delivering. 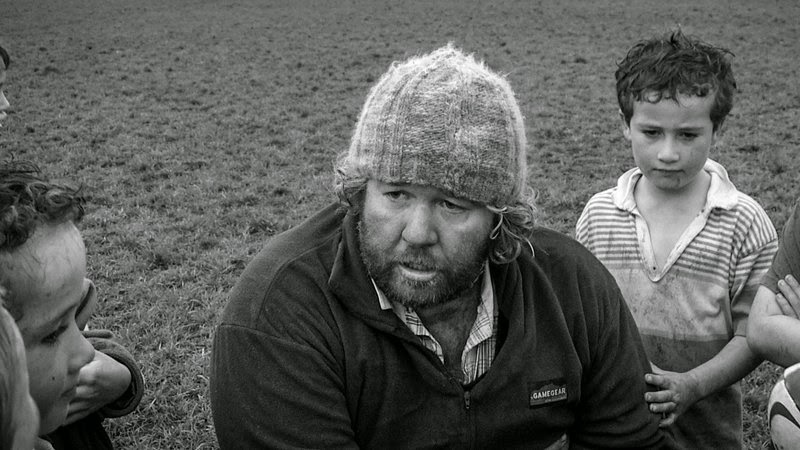 New Zealand's two chief exports - farming and rugby - get the once over in this new doco which premiered to crowd-pleasing warmth at the Autumn Events and is likely to steal the hearts of both the heartland and abroad.

Husband and wife film-makers Christopher Pryor and Miriam Smith, the self-confessed naive townies who made How Far Is Heaven, head to Bay of Plenty community Reporoa to document a community, their obsession with rugby and the life lessons that we draw parallels from.

Shot evocatively in black and white, and bathing the whole thing in a kind of mystical feel, The Ground We Won is likely to win many admirers (and potentially a few side observations and detractors about the drinking culture within sport) as it follows the team and their quest to remain unbeaten (and friends) in a season back in 2013.

But by focusing on three guys of differing age levels of the team, Pryor and Smith tell us more about a community and the bonds that maketh a man than any simple sports underdog doco ever could. 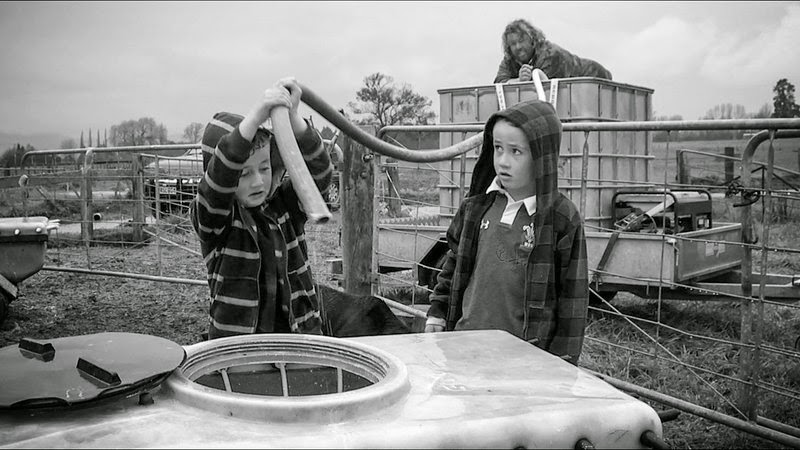 There's 17 year old Peanut, complete with scar on his chin, who's determined to win the Young Farmer Fight for Life scrap he's in as well as the respect of his team-mates; there's Broomy, the captain and the man who's worrying over how any on-field injuries could impact his running of the farm and force his parents into action; and finally, there's Kelvin, the undoubted star of the piece, a single dad of two adorably cute 7-year-old rugby obsessed boys, who's juggling coaching a kids' team, running the farm and the homestead with a "She'll be right" attitude from the dawn of the day through to the end of the night. (His attitude to getting spoons for yoghurts for the kids' school is to re-use the McFlurry ones from the back of the ute and just to wash them being one of the pearls of wisdom that any Kiwi male will silently but gratefully acknowledge). All of these guys are destined for cinematic fame and the annals of Kiwi blokedom.

There are others in the team, but Pryor and Smith choose not to label them on screen (and the three above as well), which is an interesting narrative choice, but makes the audience work to engage. But it's a clever move which pays off as the reward is an incredibly emotional one and one which reaps the dividends it so rightly deserves as the final furlong nears.

With banter that borders on a mix of continually self-effacing, mocking and what happens when lads get together over a few drinks, there's certainly something for everyone to associate with and engage at every level.

Pryor and Smith wisely realise the draw of this verite piece isn't whether the team wins, or if Peanut triumphs in his boxing and quest to get the ladies or Thomas' attempts to coach the youngsters, but that the true strength and worth comes from the way these guys react to what everyday life presents them with - and by extension, us too. 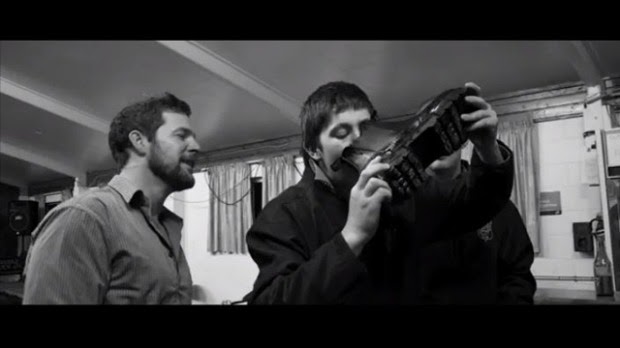 A morning after calf delivery for Broomy is the reality of a hang-over, using cable to hoist a newborn into the world without losing his lunch. It's moments like these which define us as a people, a nation or a bloody good-fulla.

Equally, the black and white cinematography drenches Reporoa in a blanket of beauty; mist hangs in the air, training takes place in complete fog and the decision to turn things so sparse, gives the film a timelessly haunting quality that's complemented by David Long's sparse OST.

Less a celebration of the drinking culture within sport (though questions will linger), The Ground We Won is an inspiration, an exploration of what makes Kiwi men tick and what binds together communities - no matter what your personal opinion is, every one of these men in their daily lives is an inspiration, proof that no matter what kind of person you are on the field, it's how you live your life and respect others around that matters first and foremost. All of those underlying foundations of life are celebrated as the group congregates in their church of their dressing room.

Pryor and Smith have mined our two national obsessions to maximum effect; it's an intimate and unobtrusive movie, but one that says more about the life that matters most than any doco has done before. The Kiwi male may forever be under scrutiny, but thanks to this paean to the most testosterone-fuelled and quintessential way of life on and off the pitch, it's in very rude health.

Email ThisBlogThis!Share to TwitterShare to FacebookShare to Pinterest
Labels: The Ground We Won: Film Review