A new contender squares up to the pantheon of pugilism in the form of Training Day director Antoine Fuqua's Southpaw. 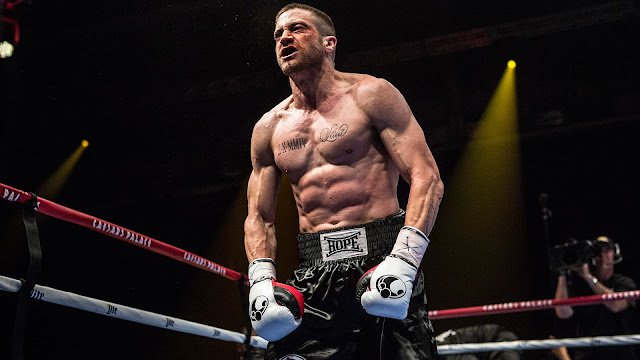 But the problem with Southpaw is that it ends up being a coulda-been as it trips through the cliches of the genre and seems to be more concerned with ticking off the tropes rather than injecting something fresh into the blood, sweat and tears redemption story that most sports films fall prey to.

A buffed up and physically transformed Gyllenhaal plays bad-kid-done-good Billy Hope, a 43-0 volatile fighter whose calming heart and soul is his wife Maureen (a brief bright spot from a luminous Rachel McAdams) and daughter Leila (Lawrence).

But when Hope loses his wife in a charity scuffle that turns nasty, he finds himself on the way down. Stripped of his assets and thanks to the self-destructive grief of his daughter, Hope (get the subtle sledgehammering of his name?) finds himself facing either oblivion or a long road to redemption.

Falling in to a street gym run by former trainer Tick Willis (Forest Whitaker, in subdued mode but in full on Karate Kid Mr Miyagi mode), Hope begins his journey back to himself.

From the writer of the Sons of Anarchy series, Kurt Sutter, and originally slated for Eminem as a lead, Southpaw would appear to have the street-smarts and edge that it needs. 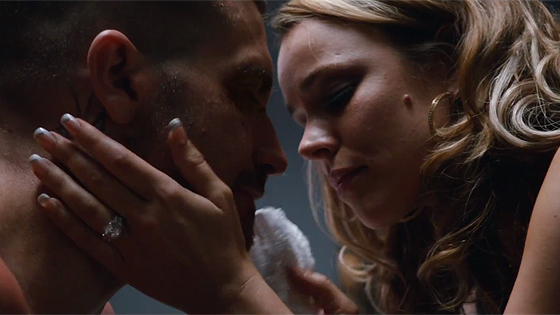 But what emerges is an overwrought, cliched hollow movie that's more interested in going through the motions rather than delivering a killer knock-out punch. Especially when you look at the emotive likes of Rocky and Raging Bull, both of which pack a presence years after they first appeared.

Fuqua's melodramatic film is functional at best, and soul-numbing at worst.

He appears to have little consideration toward developing the characters outside of Hope's immediate circle. Even a street kid called Hoppy that Hope forms a fledging friendship with at the gym is tossed casually aside like an unwanted rag-doll, denying what could have been a powerfully insightful side-story the emotional uppercut it needed.

Equally, broad brush story-telling strokes are thrown onto the ropes, dismissed as surplus to requirements.

Against the backdrop of the slow-mo boxing ring shots and obligatory training montages is an at times fiery Gyllenhaal but it appears his director's denied him the splashes of charisma needed to back this underdog. Outside of the ring, he's dour and downbeat, finding only his sizzle and energy in a few fight sequences (and only occasionally when Fuqua smartly get POV with his boxers) as if to signify this is where the simmering rage boils over and is the outlet to express it. 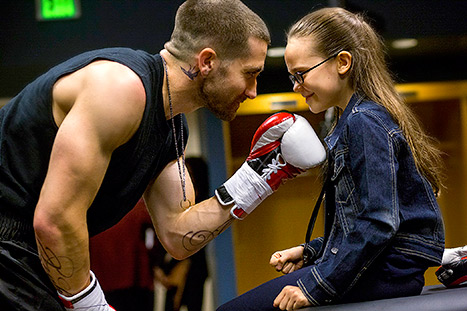 Mawkish, formulaic and riddled with all the boxing / underdog cliches you could imagine, Southpaw delivers more of an uppercut to itself than to the audience - it lacks heart and the story's denied the majesty it needed to transcend its been-there-seen-it-all-before ethos and it flails rather than punches above its weight.

It's an unsubtle sledgehammer in and out of the ring unfortunately, and despite Gyllenhaal's efforts, Southpaw remains firmly a contender rather than a knock out.