The NZ International Film Festival is now underway in Auckland and kicks off in Wellington as well this weekend.

There's plenty of cinematic entertainment to get your teeth into. 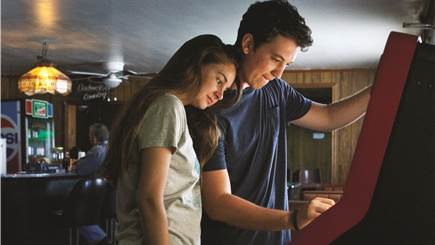 The Spectacular Now - High school romance is such a well-worn path. So it's with relief that The Spectacular Now heads into slightly different territory thanks to the charm of its two lead actors. Miles Teller plays Sutter Keely, the popular kid at school, who always knows where the beer is and the party. Splitting with his apparent sweetheart, Sutter ends up forming a friendship with Shailene Woodley's Aimee Finicky, the slightly dowdy girl who's never likely to know where the party is - or have anyone to go with. Yep, it's that ole nugget again, but thanks to warmth and whimsy, as well as some great central performances and some impressive moments from the likes of Andre Royo, Kyle Chandler and Bob Odenkirk, the film's a real delight. Sure, there are teen issues - growing up without a dad, turning to drink, prom, the horror of the college application - but sensitively acted, smartly scripted and charmingly performed, it's a winner. The chemistry between the duo is palpable and thanks to some smart skewing of the traditions, The Spectacular Now emerges with more charm and warmth than any of its recent school / coming of age fodder. 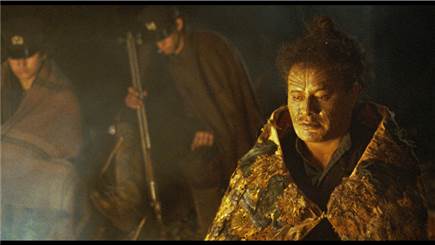 UTU Redux - Remastered for the NZ Film Festival and revamped ready for the opening night in Wellington, UTU Redux is a searing watch. Not having seen the original, it was all new to me. The massacre wars of the Maori Land Wars in many ways feels like a classic western with a delicious dollop of revenge thrown in for good measure. It's a racial culture clash as violence is dished out left right and centre, but it's never anything less than confronting thanks to the performances by Anzac Wallace and Bruno Lawrence. It's also painstakingly restored and looks stunning in parts - not just the usual New Zealand countryside jumping to the fore, but thanks to a clean up here and there, the film feels fresh and revitalised as it readies itself to head back to the big screen once again. Visceral and confrontational, the anti-hero's never been so in your face - the restoration work commands your attention at the cinema and it's good to see Kiwi cinema was in rude health some 30 years ago. Plus the work done to improve and clean up the print is just simply stunning - as it's touring the country right now, it'd be a great time to ensure you see it on the biggest screen possible.


The Crash Reel - Kevin Pearce is not a name known to me. But it turns out that he's a pretty big name in the snowboarding world. Or he was until an accident cruelly cut short a career destined for the Olympics. However, after an accident training on New Year's Eve 2009, a traumatic brain injury meant that Kevin had to refocus his view on life. But, what do you do when all you know is the thrill of the boarding, the pull of your peers and the world of extreme sport? For Kevin, though, it's a long road to recovery and the pressure on his family proves to be a little too much. 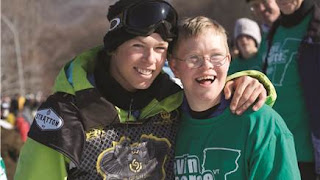 The issues raised by The Crash Reel are fascinating for the industry of extreme sports - not exactly new ones, but there's devastating horror when it plays out on others - not just Kevin. The Crash Reel had a charm and easy accessibility which means the issue of injury will come to the fore. Not exactly a warts and all doco, but I'll admit I was devastated in some parts (even though I knew what happened to some of the players) and Kevin's brother is truly an open and impressive book as the family deals with what's going on. The fact Kevin was on hand and was so open afterwards at a Q&A (one of the finest things that the NZFF does is bring guests over), gave it another level - I won't look at a wipeout on the slopes in the same way ever again.