It's hard not to applaud the ambitions of Outer Range, a Western series that's more about the family entanglements than it is the supernatural element the marketing promised in the lead up to its release.
But it's equally as hard not to feel frustrated that over the course of its 8 episode series, the tone of Outer Range feels too haphazard and almost scared of its potential sci-fi trappings, preferring to be dipping its toes in a world of weird more than anything. 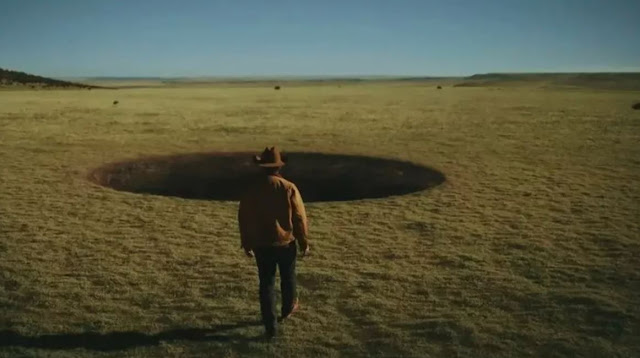 A ferocious Josh Brolin in Royal Abbot, the patriarch of a ranch family in Wyoming, who's trying to hold it all together after the disappearance of their daughter-in-law, while a neighbouring family makes a play for their land.
Things build to a head for Royal when he discovers a circular black void in the middle of the contentious land - and other family tensions rise to the fore as well at the same time as a mysterious stranger Amanda (Imogen Poots) shows up and begins camping on their land.
It's largely due to Josh Brolin that large swathes of Outer Range works. His grizzled and at times, fractious approach to life on the farm and everything that's thrown his way makes for a great lead to cling to - especially when a mid-season run slump starts to bite.
At times, the outer characters of the family just aren't interesting enough to sustain any levels of murder mystery that develop from the show, and aren't distinguishable enough to stand out on screen. Even the sons of the opposing family faction blur into one in terms of blandness - one's quirk of bursting into song throughout feels more like quirk for quirk's sake than for terms of engagement throughout. 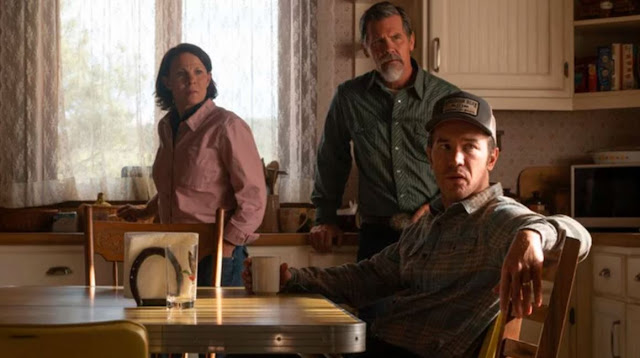 And the mystery itself isn't really prone to major revelations outside of episode 2's ending, which teases much but never really gets dealt with during the first season run. It leads to a feeling of frustration within Outer Range's entire run, a feeling that mystery is inserted for mystery's sake while some periphery discussions about Royal's connection to the world here and beyond are just dangled before viewers, offering moments of meatiness for Brolin, but narrative malnourishment for viewers.
The greatest problem with Outer Range's prestige execution is that the answers aren't really forthcoming, and there's a growing feeling by the end of episode 8 that the show's writers don't quite know what kind of show they're making.
Is it a family drama that's been done with Dallas and Yellowstone, or is it a series that makes its mysteries more the focal point and everything else around blurs into the mix?
The confusion of the execution doesn't really engender much optimism for further years, nor does its off kilter approach make the first season ride an enjoyable or enticing one - despite excellent work done by Brolin and Poots.
Outer Range releases on Prime Video on Friday April 15, with two episodes being released weekly over a 4 week period. All episodes of the season were made available and viewed for the purposes of this spoiler-free review.
By Darren - April 14, 2022