Finally, after the Avengers 2012 red carpet premiere in Los Angeles coupled with the Avengers release date being ahead of the USA here in New Zealand and with plenty of scenes and featurettes from the Avengers being released, the superhero team-up film everyone's been waiting for is finally here. 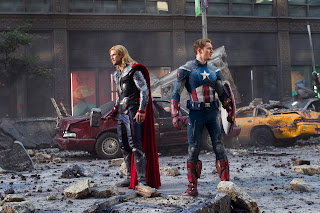 When the world faces a threat like no other before thanks to the meddling of Tom Hiddleston's Loki, who's determined to wreak havoc on Earth, Nick Fury (Samuel L Jackson) of S.H.I.E.L.D has no choice but to bring together the greatest army of Marvel superheroes ever assembled under the "Avengers Initiative".

But despite pulling together Iron Man (Downey Jr), The Incredible Hulk (Ruffalo), Thor (Hemsworth), Captain America (Evans), Hawkeye (Renner) and Black Widow (Johansson) on a worldwide global recruitment drive, Fury -along with Clark Gregg's Agent Coulson - find the biggest challenge threatening the world may not be Loki, the Cosmic Cube / Tesseract(which has been teased through the previous films of Thor and Captain America) and his army, but the egos and issues within the team...

With a writing pedigree of Joss Whedon and Zak Penn plus directing from Joss himself, there's plenty of expectation on the shoulders of this film.

The first question has to be - does it deliver?

The simple answer is a resounding hell, yes. And not just to the fanboy crowd too. Sure, they'll feel satiated by the references and the reverence to the mythology of these characters but there's plenty to love in terms of action and plot - as well as much unexpected humour throughout. 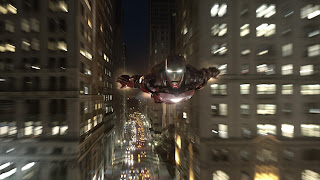 From its action packed pre-titles sequence (which  references Stargate and The Terminator), The Avengers 2012 movie is a film which goes at it full tilt right from the get go and succeeds hitting every target it can, while screaming utterly epic on its way.

Be warned - from here on in on this review, there are some mild spoilers to the film coming so, proceed with a bit of caution. (Though I promise not to ruin the best bits of the film for you - nor will I add fuel to some of the internet rumours currently out there about the flick).

While the initial stages of the film after the attack on the S.H.I.E.L.D base take the form of a reintroduction and recruitment of all the characters of Iron Man, Hulk, Thor, Captain America, Black Widow, those behind the film have taken care to ensure that it moves along reasonably swiftly.

It's always difficult as well with a film like this, with so many characters in the spotlight to neglect any of them and over-focus on one of them. Thankfully, this is not the case with the Avengers. Every cast member - from the core of the initiative to Clark Gregg's wonderfully funny and human Agent Coulson - get their moment in the spotlight and every one of them seizes it and leaves an impression permanently etched on your mind. 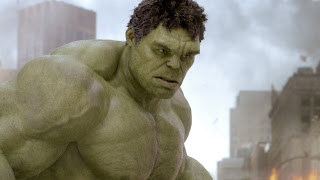 But it's the character dynamic between the core cast which make this flick work so well (coupled with some very funny one liners and banter)- rather than simply being a collection of egos on screen, it's an examination of what makes superheroes tick and reminds us why they're different from the rest of us.

Mark Ruffalo brings a touch of class to Bruce Banner, struggling to keep "The Other Guy" (as he refers to his green alter-ego) in check - there's a measured calmness to the performance which really shows up the violence when the Big Green One erupts.

Whedon's made a smart move by not bringing out the Hulk until at least midway through the film - that reveal gives the metaphorical punch in the air that you perhaps need when sitting through a 2 and a quarter hour long movie. And when he does finally show up, he's funny too - quite unexpectedly so. Plus ILM's once again done themselves proud with the FX for Hulk - giving him the cartoon edge while keeping Ruffalo's face. 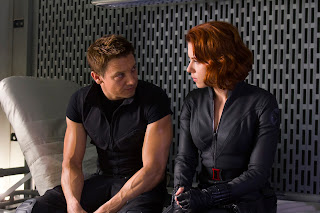 Elsewhere, Downey Jr is effortlessly cool as Tony Stark/ Iron Man and continues to own the role he's made his own in two prior movies; Evans brings muster and respect as a take charge Captain America; Samuel L Jackson is his usual stylish self as Nick Fury; Hemsworth improves on his Thor role; Johansson is pouty vulnerability mixed with ass kicking as Widow; and Renner is suitably aloof with his loner Hawkeye. Kudos also need to go to scene stealing Clark Gregg for imbuing Agent Coulson with a level of humour and humanity that the film needs to ground it. Perhaps the only minor weak link is Cobie Smulders as the 2IC of S.H.I.E.L.D because she suffers from being part of such a strong line up of cast members.

Take a look at The Avengers character portraits here.

But one of the real highlights is Tom Hiddleston's Loki. A sneering, scornful demi-god who leers at the human race that they "were made to be ruled", as he readies his (relatively faceless and mildly underdeveloped) Chitauri army in the background, his is a baddie who's not over the top but brings a real sense of menace to this superhero smackdown; his showdowns with the group are sinister and yet at the same time humorous and mischievous. As he bellows at one point "I am burdened with glorious purpose", his snarling and snarky presence is magnetic and compelling. 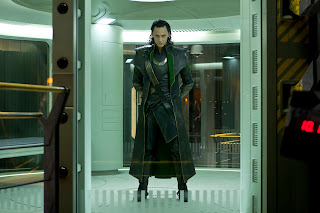 It's not just wall to wall action in this film - it doesn't stumble from one set piece to the next (even though the final action sequence when all of the Avengers get to kick some serious butt is pretty damn impressive) without a degree of heart and a sense of story purpose as well as great character moments.

There's a real smattering of emotion in this flick as well - with one scene proving to be particularly emotionally draining and the impetus/ kick in the pants the team needs to put aside their differences. It gives the film the fire in the belly it needs to propel the last act forward.

Watch a behind the scenes featurette from the Avengers 2012 movie here.

Yes, there's a during the credits scene (so stay on) and there are rumours an extra post credits scene has been filmed - but that wasn't on the print I was privileged enough to see. Needless to say, there's room for a sequel and I'm guessing it'll be a no brainer.

With a great ensemble cast, a smart script and a fanboy eye for detail, The Avengers is a superhero film that does more than just ticks the box. It Hulk smashes the box to pieces with joyous geeky entertainment and cinema smarts -complete with kick ass action sequences. What's also good about this is how broad the appeal is - by not disappearing too far up its own fanboy wazoo, you've got a film that pretty much anyone can enjoy the spectacle of.

Full credit needs to go to Joss Whedon for his Avenging efforts in bringing this to the screen, peppering it with brilliant one liners and ensuring everyone involved in the Marvel Universe is treated well while remaining true to both its comic book origins and the set up of the previous films - hopefully he'll be back for another film; though if not, he can bow out with credibility in check.

The Avengers is perhaps the ultimate blockbuster and the best popcorn film of the year.  Quite simply, The Dark Knight Rises and The Amazing Spiderman just got a warning that they'll really need to up their game.

With its dedication to the Marvel cause, eye-poppingly good action sequences, pulsating wit and crackling, fizzling throwaway lines (as well as throwaway action moments),  it's destined to be a classic and a shining example of how great these mass entertainment films actually can be when they're done superbly, respectfully and totally awesomely.

Watch a clip from The Avengers as Iron Man takes on Thor...

Email ThisBlogThis!Share to TwitterShare to FacebookShare to Pinterest
Labels: The Avengers: Movie Review

No Time To Die: Film Review 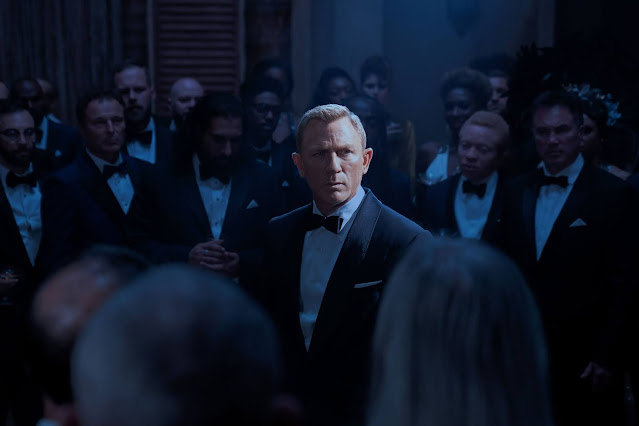