Another dance movie takes to the "streets" with this latest release from the UK.

When Ash (Hentschel) is humiliated by one of the top dance crews, Invincible, in London, he decides to pull together the ultimate European dance crew and take on the best at their own game. 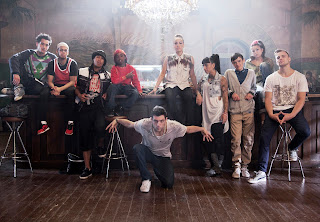 Teaming up with George Sampson's Eddie, who becomes the crew's manager, Ash heads out on a globe trotting quest to pull together the best - and ends up on the doorstep of Latin lovely, Eva (Boutella) whose love of salsa and Latin infused dance could help Ash to victory.

With six weeks to go before the showdown, Ash starts to pull the gang together - can they muster enough bluster and skill to take down Invincible?

StreetDance 2 3D has two things going for it.

Firstly, it's set in Europe and so brings a bit of life to the tired dance off genre by taking it outside of dance halls, and warehouses for long training sequences and setting it into a European background. Wonderful backdrops and a European hint of music give it a little sorely needed life.

The second thing is that it's mercifully short.

It's possibly one of the flattest, most soulless dance films I've ever seen - even the 3D can't really add any vibrancy to the whole affair given a terribly predictable plot, complete lack of characterisation and unbelievably flatly delivered dialogue.

Granted, you don't go to a dance movie for reams of exposition but you do go to feel engaged and motivated for the underdogs to win. 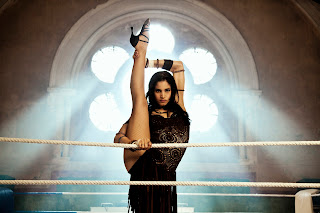 I didn't remotely care whether Ash was going to take down Invincible - after his laughable "humiliation" came from him falling over during a dance off; I wasn't invested in any of the characters of the rest of the crew because they don't really get time to shine.

The cross cultural mix of the crew works nicely but they're given only a few lines here and there after a fast paced intro sequence pulls them all together, meaning they all blend into the background rather than stand out.

Frenetic editing - including speeding up and slowing down - of the dance sequences mean not one of them stands out or is given the time to breathe which is a real shame to be honest.

As for the leads, Boutella is ok; Hentschel (who looks like a cross between a chubbier version of UK pop singer Will Young and Brian Austin Green) is relatively flat and delivers his lines without a real hint of emotion; Tom Conti plays it for laughs and duly gets them - including a sequence in hospital which sees him awoken from a serious heart attack by the rhythm of the beat.

All in all, StreetDance 2 3D is hardly going to set the dance fire alight and the only accolade I can give it, is that it's currently heading for a place on my end of year worst of list.