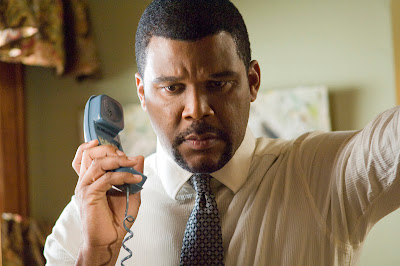 This time, Tyler Perry takes on the role of the detective, who's called to a homicide in a swanky part of town. As Cross investigates the case further with his team Tommy and Monica (played by Ed Burns and Rachel Nichols), it soon transpires that the assassin responsible, a sadistic killer known as The Butcher (played by a terrifyingly gaunt Matthew Fox) is going to make it personal.

When the Butcher kills Cross' newly pregnant wife, Cross vows to hunt down the killer - whatever the cost and by whatever means necessary.

Soon, the cat and mouse game begins with Cross on a vengeful hunt as the Butcher edges ever closer to completing his mission

Alex Cross is somewhat of a bizarre undertaking as a film. 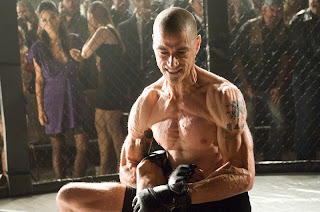 It's very trashy, pulpy and quite lacking in any real tension as it spins out its cat'n'mouse game. So in some aspects, it's quite similar to any crime fiction novel. It begins with Cross being shot at in a drain pipe and sees him leaping from a crime scene (after hearing the victim thank him) to Cross playing a game of chess at the local prison with a convicted felon.

Sure, that tells you everything you need to know about Tyler Perry's earnest portrayal of Cross; he's a family man, a detective with a conscience and a simmering bad ass when he's crossed.

But what it doesn't tell you is how appalling some of the dialogue of this film is - and how it hampers it from reaching anything other than the trashy stakes of a churned out crime novel.

Perhaps, the best line of the lot is Cross' intoning "Don't over-think it - I'm just looking for a bad guy" - which really sums up the hammering home of every minor piece of exposition and narrative employed by director Rob Cohen. Why use a swirling camera to capture what skills Cross employs at a crime scene, when you can have his partner and long term friend Tommy urge him to look at the scene and employ his intuitive nature to tell them what they need to know - "Think like him Alex - get inside his mind".

There's no subtlety in this film at all - The Butcher is so mad at Cross for thwarting him that he pins pictures to the wall and rages against them while a moody track plays; one goon actually uses the line "Call Hans - tell him to have my assault rifle ready" with no hint of irony; the crimes against story-telling and dialogue are numerous enough to see Alex Cross arrested on sight. 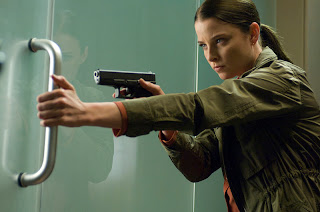 This is also the film which Matthew "I was on Lost for years" Fox sheds a heck of a lot of body weight and hair to play a bad guy who's not quite as bad as you'd expect. Sinewy and sneery, it's an odd portrayal for Fox and one which doesn't quite hit the mark at all. Psycho he may look, but he's nothing more.

As for Perry, well, he does okay as Alex Cross - but he brings very little to the table other than formulaic for his Cross - and even when he goes "bad-ass", there's certainly not much done to push the boundaries of the acting.

Alex Cross is a by the numbers thriller which is anything but exciting and is, sadly, made risible thanks to ham-fisted direction and dialogue.