A quirky little indie film, Safety Not Guaranteed is a gentle nugget of quirky cinematic genius. 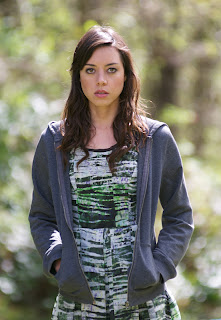 Aubrey Plaza is Darius, a grad who's unable to get a job and ends up working as an intern at Seattle magazine. When reporter Jeff (a Mark Ruffaloesque Jake Johnson) suggests he looks into an ad in a newspaper promising to take a trip back in time, but with "safety not guaranteed", Darius, along with studious intern Arnau head to Ocean View to find out more.

But while Jeff uses the opportunity to look up an old flame, Darius discovers that the guy who placed the ad, is a curious oddball called Kenneth (a brilliant Duplass). Kenneth works at the local store and is convinced the authorities are following him as he nears completion of his time machine.

So, the question is - is Kenneth telling the truth or is it the mutterings of a mid American nutjob?

Safety Not Guaranteed is a real charmer of a film and an unexpected humour filled delight, which will amuse and engage your heart too.

From its start where we first meet Darius being rejected for a job right to its final shot where something unexpected happens, it's a film which confounds your expectations and surprises you. 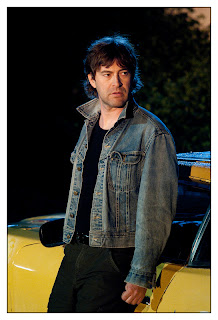 It's a low key, lo fi indie film in many ways which hits all the right notes; part rom com, part sci fi flick, part road trip and part relationships/ hipster film, it's a mash up of many genres and all of them sensitively and sensibly handled with charm and ease.

The central premise is an intriguing one and throwing together the trio works very well; from the lazy, just out to hook up Jeff to the uptight Indian intern Arnau, mixed in with a dash of sullen sarcasm courtesy of Aubrey Plaza, the final resulting cocktail works very well.

But the film scores its major points with Mark Duplass as Kenneth, a denim jacketed slight oddball of a man about whom you're never quite sure if he's a sandwich short of a picnic or actually onto something with his notion of time travel and reasons for it. (And his occasional resemblance to 1990s Scott Bakula in time travelling TV series Quantum Leap is uncanny at times - or perhaps, a deliberate nod). Thanks to sensitive acting and a bit of depth of character, he remains an enigma throughout and a character you can't quite get a handle on.

However, the director wisely chooses not to dwell on this or reflect on a character who could be unhinged but instead propels the story forward with an energy and zest that's perfectly in keeping with this delightful little charmer.

With an eye for some sharp dialogue as well, Safety Not Guaranteed is as much of a treat as you're likely to get at the movies these days. Thanks to some great central turns from Johnson, Plaza and Duplass who give 110% in a never anything less than riveting watch, you're engaged at every level and when the movie ends, you find yourself puzzling about what actually transpired.

As one character remarks "This mission has to do with regret, mistakes and is about love" - it's an adage which helps us identify with the characters and engage with what could be a lunatic proposition.  With dashings of deadpan humour thrown in, and a final act which once again confounds your expectations by swiftly whipping the carpet from asunder, Safety Not Guaranteed deserves to be a hit thanks to its charm, performances and touchingly heartfelt and yet universal story.

Whether or not it will be depends on how much you're willing to gamble on this - my advice, roll the dice and enjoy every moment of what is one of the best character films of the year.