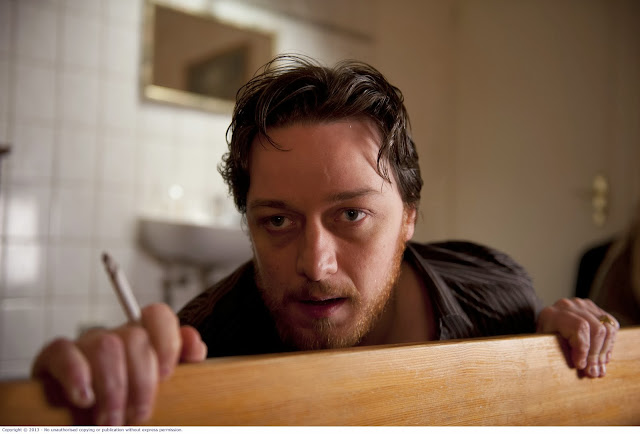 Trainspotting tore up the cinema scene back in 1996, with its infusion of darkness, mixed with an ultra cool British OST and a rabid mix of Irvine Welsh's writing.

Now we have the latest outing for Welsh's depraved mind (albeit published back in 1998), a kind of Bad Lieutenant set in Scotland and replete with Welsh's repellant uncompromising outlook on life.

James McAvoy is corrupt policeman Bruce Robertson - he's in line for a promotion and has decided nothing will get in the way of his need to win this - as his wife is expecting him to bring home the bacon. Not even the aspirations of his useless colleagues and a brutal murder of a foreign student will stand in the way of his quest.

But Robertson has a plan to ensure that he gets the promotion - the systematic undermining of his colleagues, by stealing their wives, exposing their secrets and generally f***ing up everything that comes in his way. However, as Robertson starts to get deeper into his own skewed take on life, he starts to lose his way - his drug habit and own depravities begin to knock at the door of his subconsciousness, threatening to topple him from within.... 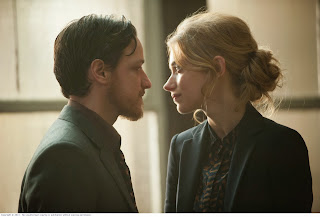 It's also blessed by a ferociously sensational turn from McAvoy as the shockingly repugnant and corrupt asshole Robertson, who's teetering on the edge as the film goes on. In among the bleary eyes, wittily scathing and sarcastic comments and the scungy, grimy, dirty outlook on life, McAvoy manages to bring a degree of warmth and humanity to this latest anti-hero, who to be frank, deserves hardly any of our sympathy. It's a hard task to make you invest in his plight as he destroys everything and everyone around him; yet Baird manages to do this by throwing McAvoy a few scenes here and there which see this cocksure weasel of a man start to lose his grip on everything. McAvoy skates a thin line between self-loathing and self-destructive with considerable cinematic aplomb as the darker elements and tragic side of the story begin to emerge - and a human side emerges to great narrative effect.

As for the rest of the film, it'll depend on how you like your gallows humour - pitch black or utterly unforgiving. When it comes to a Welsh story, there are certainly lashings of all of those contained within and darkness and depravity abound. Some of the black-hearted feel of this tale set over Christmas may mean that viewers will be put off, but really you shouldn't be fearful of the black humour and darkness within. For the Welsh purists out there, a motif from the book where a tapeworm growing inside Bruce is supposed to provide some insight into his mindset - that's been ditched in favour of Jim Broadbent's Aussie psychiatrist giving us a peek into what's going on.

Eddie Marsan provides some great support and some hysterical moments come courtesy of his Bladesey character on drugs stealthily given to him by his so-called friend Bruce. 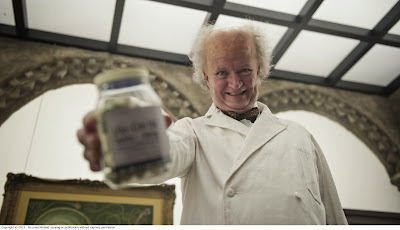 Completely uncompromising and unapologetic right to the very end, Filth rises on it's MacAvoy's searing and blisteringly unlikeably delirious anti-hero which stands head and shoulders above anything he's done in a while (including the brilliant Trance).

Filth is confrontational cinema as it proffers up the view from a man on the edge and it's also a belter of a black British comedy.