NZFF Q&A - Ever the Land from Sarah Grohnert

NZFF Q&A - Ever the Land from Sarah Grohnert

Tell us about your film at the film festival
EVER THE LAND is an immersive documentary that portrays Tūhoe’s journey of building New Zealand’s first Living Building as their tribal headquarters over the course of achieving their historic settlement in 2014. The film was three years in the making and it weaves together a unique insight into the most sustainable architecture in the world alongside exploring the relationship between Tūhoe and their land through the ebbs and flows of everyday life and intimate access to the settlement process. We have the World Premiere in Auckland on the 18th July, followed by the Wellington premiere at Te Papa on the 28th July and some further screenings around those dates.

Tell us the best moment you had making this film
It’s impossible to narrow it down to a single moment. Every moment spent in and around Te Urewera and with the Tūhoe people was an invigorating experience for me. It truly is a different world out there, everything feels so real, present and alive and I revelled in all my encounters and the sense of adventure and freedom that accompanied me throughout the period of filming. Some of the best moments were had simply sharing a cup of tea with Tūhoe, listening, laughing and being touched by their openness, warm-heartedness and integrity to their land. And then, spending time in the bush, in the depth of Te Urewera…well, that is something else.The sense of aliveness and bliss in incredible. 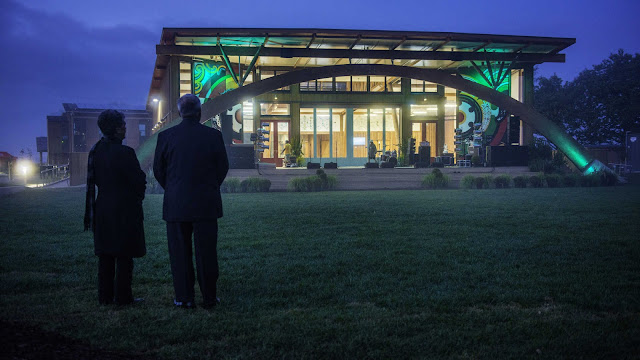 Tell us the worst moment – and the one thing you left out of this film
I can’t think of anything I filmed that I wish I hadn’t.  If I had to pick a ‘worst moment’ that wasn’t filmed however, I’d pick myself running around the streets of Wellington on the day of the Tūhoe settlement: it was pissing down swimming pools and I was carrying a tripod, camera and sound gear all  by myself, trying to make it to the Beehive in time for the settlement ceremony. It was so packed that I had initially decided to place myself at the inner city Marae where crowds of Tūhoe were to view the ceremony live on the screen. But then the live streaming connection broke down just as the powhiri began and that’s when I decided to pack up quickly and run over to the Beehive and squeeze in afterall. Man, that was a nightmare actually…this once in a lifetime moment, one I had tried to plan for and anticipated for weeks…and then…I found myself soaking wet, nearly missing it all. You gotta laugh at yourself though and I did. And I managed to capture some of it afterall.

Tell us what this film means to you – and why people should see it.
This is my first feature film and despite having already worked in the film industry for 15 years, this is far and wide the most fulfilling project I ever had the opportunity to be part of. The film means a lot to me because of the trust, ahora and support that Tūhoe showed me in capturing this historically important period for the iwi and the building of such an iconic landmark. Te Uru Taumatua is a place for everyone to come to, not just Tūhoe but people from all over New Zealand and the world. It’s a new beginning, an inclusive beginning and a beautiful example of something that plays a part in everyone’s life: a sense of connection with place, a true foundation for a sustainable future for our children and many more generations to come. I think the film gives an opportunity to slow down, and reconnect with parts of ourselves that are essential to being and feeling human. What Tūhoe together with the late legend of NZ architecture, Ivan Mercep,  have achieved with this building and their settlement is inspirational and uplifting and simply fascinating to watch.

Tell us one of the films you wish you were seeing at this year’s New Zealand International Film Festival?
I’m really looking forward to watching ‘The Tribe’, a Ukranian film shot with an entirely deaf cast about a gang at a Kiev boarding school. There are no subtitles and no narration and I absolutely love this sort of bold film-making. The trailer looks awesome and states that  'for love and hatred you need no translation’. Yes, yes, and yes. I’ll be at the edge of my seat.
By Darren - July 11, 2015

Email ThisBlogThis!Share to TwitterShare to FacebookShare to Pinterest
Labels: NZFF Q&A - Ever the Land from Sarah Grohnert