There's an icy coolness that infects many frames of Tom Ford's sophomore cinematic outing, adapted from the 1993 novel Tony and Susan by Austin Wright - and it may leave you quivering in its wake. 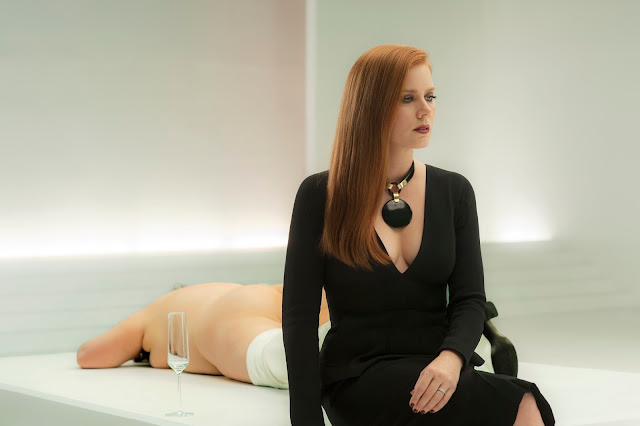 A terrific on-edge Adams plays gallery owner Susan Morrow; unable to sleep, with cracks emerging from under the veneer of her calm composure and falling out of love with her salesman husband (a smarmy Hammer), she's intrigued when a manuscript from her former husband Edward shows up unexpectedly.

Entitled Nocturnal Animals and dedicated to her, Susan starts to read the tale of Tony and his quest for revenge after his family is kidnapped and brutally killed off a highway in West Texas....

Juxtaposing a gritty Texas crime tale that plumbs the depths of depravity and desperation with the cool pristine glamour of the art scene works incredibly well for Ford's visual aesthetic and feel.

This is a film that oozes style and fortunately, has the substance and the power of its actors to back it up as the inter-woven threads of the narrative spool ever tighter together. 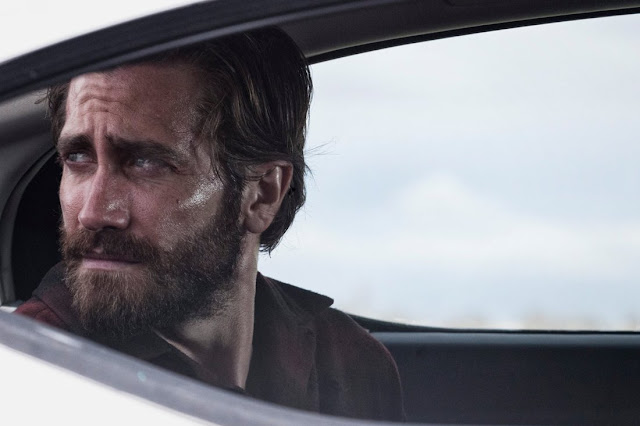 Parts of the film burn with a deplorable and detestable intensity that's distinctly uncomfortable and sickeningly gripping; the sheer ugliness of the novel unfolding in front of Adams' Susan is vividly brought to life by a stunning turn from Gyllenhaal. As Tony, the man stuck in a truly horrific dilemma as his family are snatched in front of him, Gyllenhaal recaptures some of the intensive fire that burned so brightly in Nightcrawler.

Adams is stand-out as well, imbuing an emotionally detached Susan with that desire to know more but a repulsion to do so; early on, there's subtlety in her less-is-more delivery approach (Though there is an argument for saying she does little else in the back half of the film other than supply reaction - but, to be honest, she brings so much with simple facials and reactions to the unfolding fiction).

Equally, in flashbacks, Gyllenhaal brings a softness to the role of former husband Edward as we unpack the story of his and Susan's romance as another thread unwinds.

However, it's also the ensemble that excel as well - from Shannon's determined Southern lawman to Taylor-Johnson's hillbilly sleaze, there's much to luxuriate in this darkly delicious psychological puzzle as it plays out in its sophisticated manner. 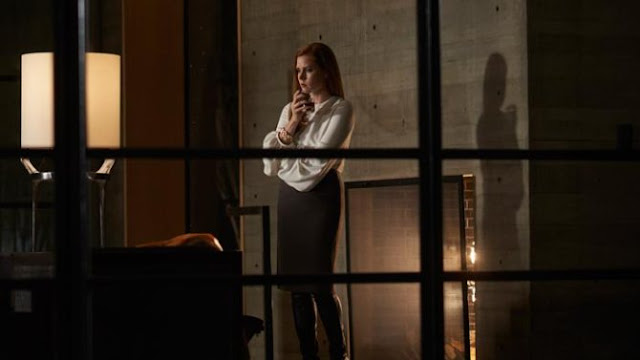 While there's much debate to be garnered from the ending (and to a degree, whether there's style over substance in the present day storylines), there's a haunting melancholia that proves hard to shake from the revenge elements of Nocturnal Animals. There's no denying Ford's style and preciseness which shines from the screen (thanks largely to the work from cinematographer Seamus McGarvey) - the callous and ugly nature of Edward's story makes a great contrast to the pristine world that Susan inhabits.

Don't be surprised if Nocturnal Animals proves difficult to loosen its grip on you; one suspects come awards time, there'll be recognition for this piece of obtusely seductive noir and more acclaim for Ford's singular vision and execution.

Portrait of a Lady on Fire: Neon NZ Film Review 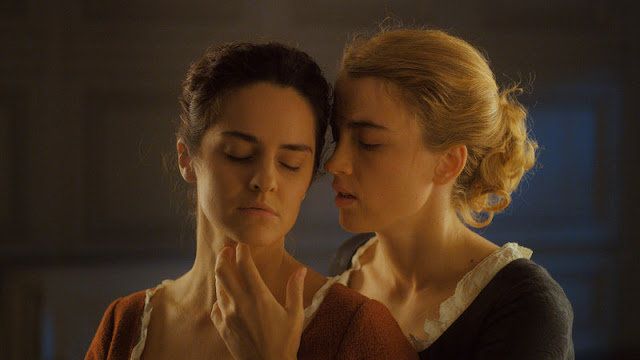