Art And Craft is one of the stand out documentaries of the NZIFF programme.

Directors Sam Cullman and Jennifer Grausman have pulled together a piece about Mark Landis, aka one of the most prolific art forgers in US history - and who makes for a fascinating subject.

Landis has made his name crafting forgeries and fakes and then gifting them to museums around America on what he calls "philanthropic binges" (he's not in it for the money) but what the museums who are duped view as a legitimate threat.

It's the weirdest - yet most compelling - game of cat and mouse I've ever viewed as a growing number of museum professionals urge him to stop, culminating in the most bizarre meta art exhibition you've ever seen as Landis is invited to a collection of his own work, which is displayed in the hope of getting him to stop, but bizarrely seems to fuel his own desire to continue.

The film-makers are never anything but on Landis' side as they follow him from the scene of one crime to the next; they witness him knocking out forgeries with such a skill that you almost feel it's a waste of such a prodigious talent. Gradually, the layers of this onion peel back around Landis, a slumped and hunched man, who speaks so softly and with such precision, you'd almost think he has an ulterior motive for doing what he does.

The directors tease out the details of Landis' past from scenes of him working in his bedroom with a small TV always playing - and giving us such insights into how his character was shaped; Landis admits to living by the code of The Saint at one point, that it always fascinating to get into the psyche of the man even if you're left none the wiser as to what the future holds for him at the end.

I'm loathe to reveal much as half of the hook of this movie is what actually is revealed in this relatively sympathetic portrait of a man whose own issues seem to fuel his questionable philanthropic desires.

Is he doing this to satiate an emptiness in his own life or is he doing it because the museums across America are so keen and willing to simply accept the forgeries for their own collections? Certainly, questions over the museums' inherent desires to readily accept these gifts with no follow up raises troubling issues of their own...

Equally as exciting is the peek into the yin to Landis' yang - a museum art curator Matthew Leininger who seems to have decided Landis' demise is his crusade. As his family crumbles around him, Leninger begins to become a casualty of his own war and even meeting Landis at the end at the exhibition proffers him no sign of bringing the closure he needs with no hint of any end to the caper in sight.

Art and Craft is a thrilling portrait of a forger, and a masterfully crafted picture of an eccentric man, whose caper-like urges seem to cause so much mirth, merriment and ultimately misery in the art world.

Art and Craft is a sign that this year's documentary section is in rude health - certainly, it's one of the most essential and surprising titles on this year's slate.

The New Zealand International Film Festival kicks off in Auckland on July 17th with the world premiere of The Dark Horse - full details of these films and others can be found at www.nziff.co.nz
By Darren - July 09, 2014

Win Raya and the Last Dragon on Blu Ray 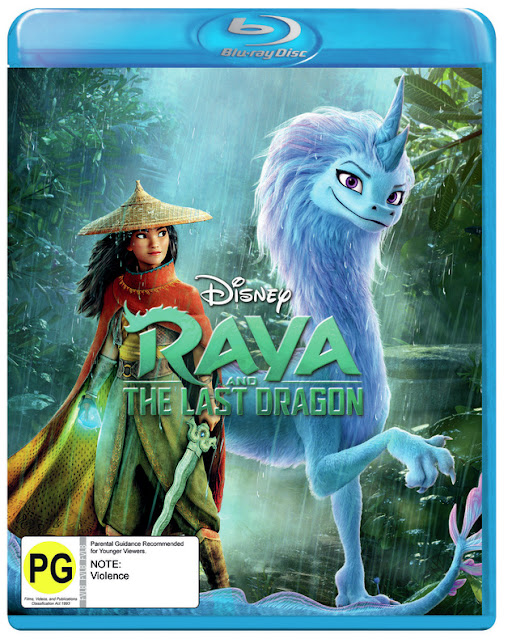