Christian Bale stars in this gritty slow paced but emotionally high impact piece from the director of Crazy Heart. 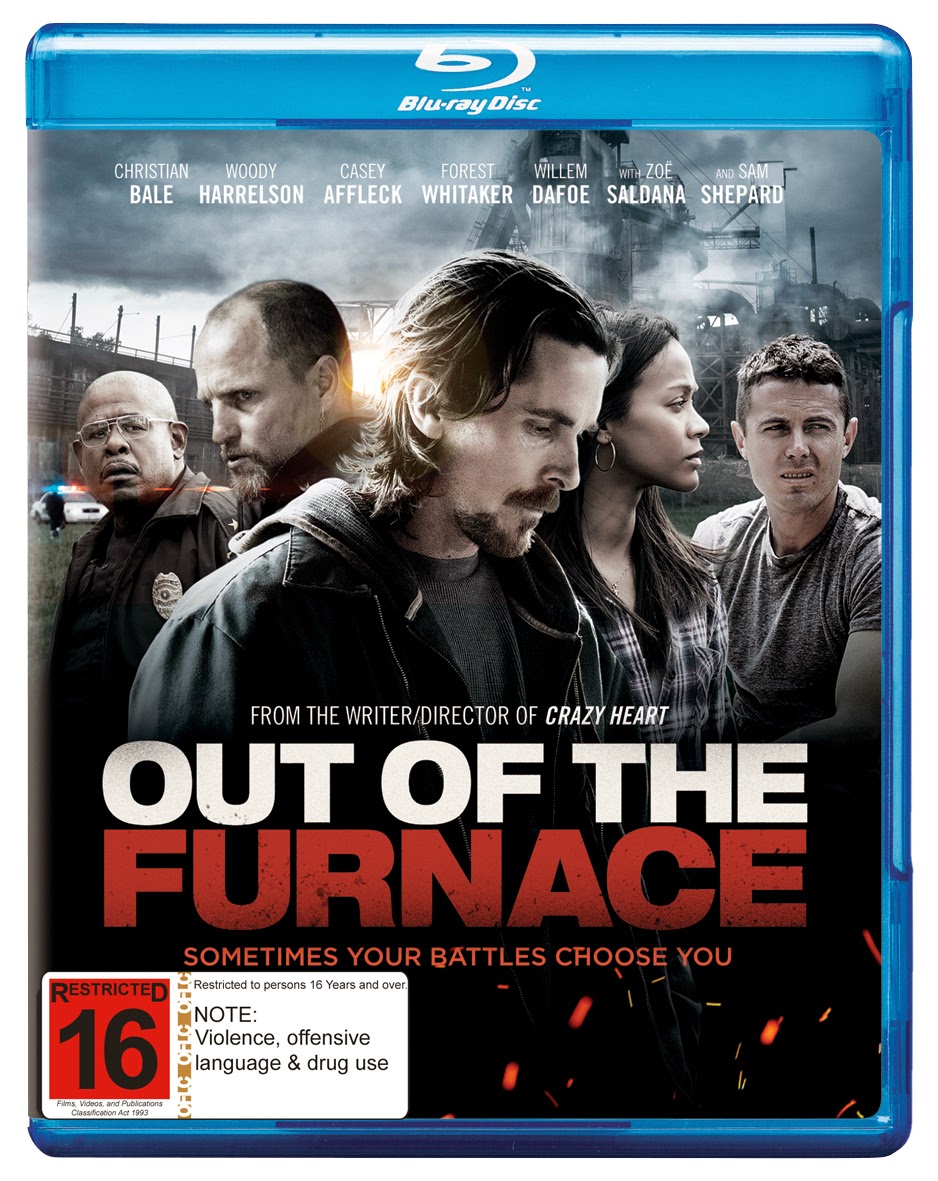 Bale, replete with greasy locks and half beard is Russell Baze, a steel mill worker whose life is going nowhere; he cares for his terminally ill father and worries after his brother Rodney (Casey Affleck) who gambles and is a former Iraqi soldier.

Forced into a bareknuckle fighting world, Rodney finds himself on the wrong side of the local underworld kingpin (played with menace by Woody Harrelson) and ends up in a lot of trouble. When police can't solve the case, Baze takes matters into his own hands.

Relaxed and gritty as well as grimy, Out Of The Furnace is a dramatic treat with a nicely fleshed out cast. Cooper makes a great fist of the backgrounds and oppressive nature of the world Raze lives in to bring together a film that reeks of desperation and misery. While the piece may be wallowing at times, the fact that the story is well-paced, well acted and gripping means that the resolution is powerful and emotionally satisfying. Which is more than can be said for the final shot, which rankles and really should have been left out.

Extras: Inspiration piece, behind the scenes, creating fight scenes and the music of the film