Adapted from the 2019 off Broadway play of the same name, Game of Thrones' star Peter Dinklage takes the lead in this latest take on the tale of doomed love and Cyrano de Bergerac. 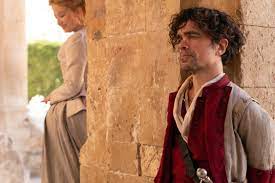 Under the helm of Atonement's Joe Wright, and making a magnificent fist of some of the Italian scenery around, Cyrano constructs some truly beautiful and tragic moments as this musical spins its tale of the fate of two long term friends, unaware of how each other feels.

Dinklage is Cyrano, a brilliant wordsmith and wit, but whose words fail him when it comes to matters of the heart concerning his long term friend Roxanne (Bennett). When Roxanne falls in love at first sight with Kelvin Harrison Jr's Christian, Cyrano must help Christian woo the woman he loves - and put aside his own feelings.

But with De Guiche (Mendelsohn, all pantomime villain sans twirling moustache) insisting that Roxanne marry him, time is running out on all quarters.

Very much an old-fashioned musical with little wizardry to update it, Joe Wright's Cyrano will wow you with spectacle. 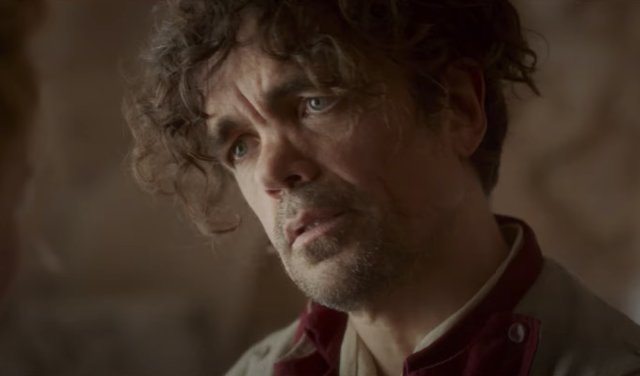 While Dinklage doesn't hit the right notes with his singing voice, the almost street-poet beats that he employs gives his diminutive lovestruck wordsmith an almost punkish appeal from the beginning. With some wry oneliners and some whimsical edges, Cyrano begins to cast a spell over audiences with some bravura touches here and there.

Despite music from The National, not every song lands - but when they do, they pack a powerful emotional wallop.

A final act song Wherever I Fall, sung from the viewpoint of soldiers about to be deployed into their last battle is poignant, magnificent and utterly spinetinglingly heartbreaking. It's moments like these that Cyrano could have done more with - rather than some almost comical interludes where Cyrano dispatches a clutch of assassins, a moment which seems out of place and hardly ever mentioned again.

There's plenty of originality from this film, and even though cinema has spun countless versions of it, parts of the two hour run time feel fresh, enticing and enthralling. Beautiful production design helps to build a mood, and while not all the songs can capitalise on this, some moments hang together with yearning and heart.

Cyrano will melt your heart in ways you'd least expect, and while not every moment soars, the majority of this does when you least expect it to.