In Ancient Greece, they had athletes at the peak of their fitness competing for glory.

In Ancient Rome they had gladiators, fighting for survival and honour in front of coliseums full of spectators waiting to be entertained.

And in the 2000s the MTV generation had The Jackass crew putting their bodies - mainly their scrotum - on the line for your entertainment. 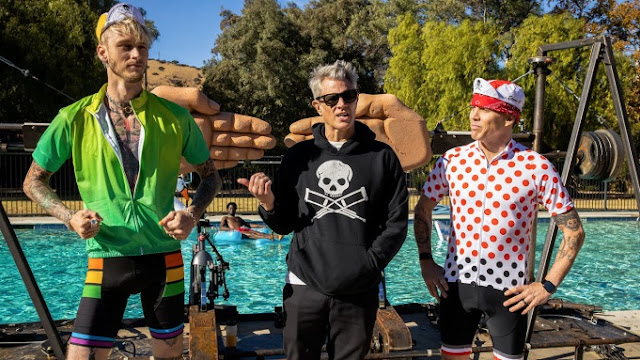 So ask yourself - with the fourth film finally here a decade from the last - are you not entertained?

The answer is sort of - if you’re into broing, having a drink with some mates and enjoying schadenfreude while someone else endures the pain you don't have to.

Sticking with a largely unchanged formula and crew, a greying Johnny Knoxville is the ringmaster of the cruel, the clown prankster leading his merry men and 1 solitary woman into battle - and never too far from deploying a taser to his male adolescent colleagues before collapsing in rasping laughter.

How funny you will find the escalating humiliation depends on your puerile propensity for penises being targeted, various fart gags, and endless wedgies.

Jackass Forever is not a precise sport, it’s a growing exercise in enduring cruelty as the older performers find themselves in peril inflicted on them by their peers - and don't even get yourself started on how much torture the animals involved have to endure (regardless of how humanely the film decries they were treated.)

In fact it’s a tribute to the horror of peer pressure, a warning about the lengths men will go to for the acceptance of those around them. 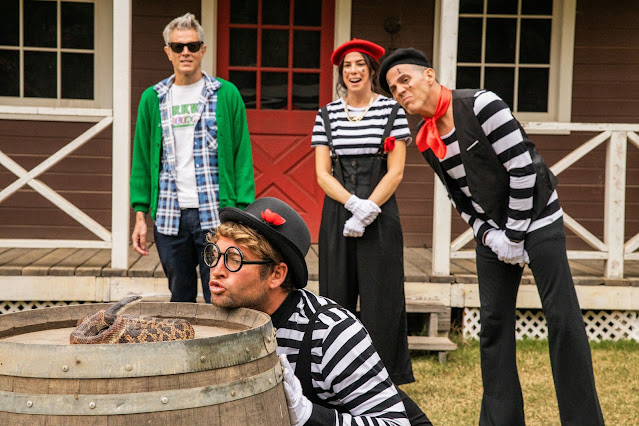 While there are the series’ first black and female performers, this collection of circus freaks exist only to entertain - and to make you feel good that it’s not your penis being forced to endure countless bees. This is not exactly anything other than the Jackass formula of low-hanging fruit, delivered in slow agonising HD and replayed for your joy.

A couple of set pieces bookend proceedings and bring some of the camaraderie that’s largely missing from just what is no more than a series of sketches loosely hung together, that must have seemed like a good idea at the time but in execution fail to fully live up to their potential.

There are telling moments though when the bravado falters making the danger feel more real. None more so than when one is slathered in honey and salmon and a bear is unleashed into the room when he's chained to the chair, and his so-called pals have deserted him.

Equally, there's a sense of mortality when performers are warned about the dangers of a rattlesnake, then tricked into being locked in a room, with the lights turned off, and various attempts to convince them they've been bitten play out.

In truth, the pranks involving the public work better because of the reaction of all involved; the more scripted and the more self-centred the action becomes, the more the film stutters. Though, it's pleasing to see Knoxville humbled by a bull, given a broken wrist, concussion and knocked out pursuing a replay of a stunt from some 20 years ago.

“Twenty years later, we’re still doing the same stupid shit,” Knoxville cries at one point, underlying maybe the joke on the audience and themselves. So, ask yourselves as this hits the cinema - are you not entertained? Because the moral of Jackass Forever is the more you see these performers doing it, it's highly likely they'll do it and debases themselves again for your pleasure - as depressing a prospect as that is.