The Worst Person in the World: DVD Review

The Worst Person in the World: DVD Review

Cast: Renate Reinsve, Anders Danielsen Lie, Herbert Nordrum
Director: Joachim Trier
Divided up into a series of chapters, and with an effervescent lead heading proceedings, The Worst Person in the World is a film that's been steeped with praise, and lavished with potential awards' talk.
But yet, it remains strangely aloof as a character piece, a film that barely takes you into the life of its lead Julie (Reinsve) other than to see her react in a series of circumstances and no further. 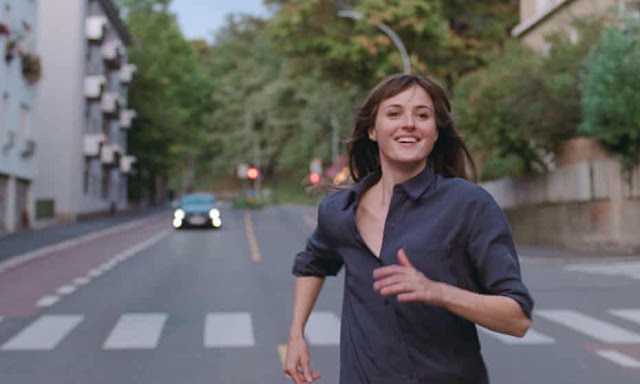 In The Worst Person in the World, Reinsve is Julie, a woman turning 30 in Oslo, who rambles as much from one set of studies to another as she bounces between from relationships. When she meets graphic novelist Aksel (Lie), she seems to settle down into a relationship, despite the age difference between them.
However, the relationship eventually comes under strain after she randomly meets Nordrum's Eivind and they connect on an emotional level one night. With their lives in orbit around each other, Julie must decide what's best for her and her future.
The Worst Person in the World purports to be a romantic comedy that's the antithesis of what you'd expect from the genre. While it's presented in a formidable style, and brightly shot and executed, it can't help coming off feeling shallow and occasionally uncentred with it being more concerned over events at a surface level rather than a deeper level.
It's not helped by a voiceover which seems to feel it's smart to vocalise Julie's actions just as she does them - a move Trier seems to think is smart and amusing but only adds to a growing sense of frustration at what the film is trying to do.
There are some bravura moments within though - chiefly a sequence where Julie flicks a light switch, and the entire world pauses around her as she heads to meet someone. It comes like a bolt from the blue in the movie, a stylish touch that really gets to the heart of the feeling within a relationship and one which gives the viewer goosebumps.
Ultimately, The Worst Person in the World wouldn't work were it not for Reinsve. Her dazzling performance delivers more than the film itself could ever hope for, with bright eyes and emotional gamuts providing where the rest is wanting.
IT may be lavished with praise, but The Worst Person in the World is simply passable enough to be enjoyed - with more depth, it could simply have been sensational.
By Darren - May 02, 2022

Email ThisBlogThis!Share to TwitterShare to FacebookShare to Pinterest
Labels: The Worst Person in the World: DVD Review