Who you gonna call?
Returning after a Covid-induced hiatus, Ghostbusters: Afterlife is solidly and squarely about seizing on the nostalgia of the original 1984 Ghostbusters movie. 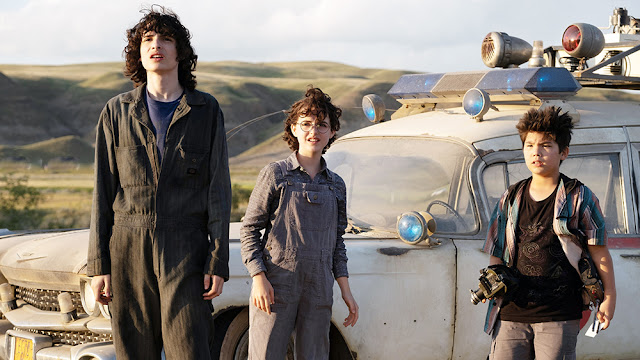 But there's a lot here that is about the effect of legacies.
In this latest, Carrie Coon's Callie and her two children, Trevor (Stranger Things' Wolfhard) and Phoebe (Grace) are forced to move onto their grandfather's abandoned old farm in Summerville, Oklahoma.
Resentful of their fate, both Trevor and Callie try to adjust to life in a small town, and to clear the mountain of debt left by her father; whereas Phoebe, sporting a very familiar pair of round glasses and frizzy hair, finds herself drawn to the town's mysteries. Building a friendship with Paul Rudd's feckless summer school teacher Gary Gooberson, Phoebe begins to investigate how a town miles away from any faultlines is having regular earthquakes......
There's a point in Ghostbusters: Afterlife where the movie basically becomes the original Ghostbusters.
It's a series of scenes that the older ends of the audience will remember from 1984 and the younger audience may not be too aware of. 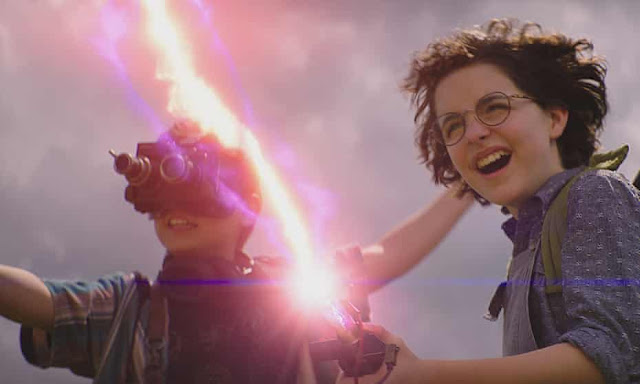 But that's part of what Jason Reitman is trying to do here - and it's also part of what ever so slightly cripples the film's intentions by robbing it of any voice of its own. Most of what transpires here is derivative - a new take on Slimer appears, there are mini Stay Pufts, the next generation of Ghostbusters is born and does little to distinguish themselves from their past and an utterly egregious use of CGI pushes the digital image as far as it should ever go.
It's not that Ghostbusters: Afterlife is not enjoyable in parts. There are certainly moments - mainly nostalgia-led - where the goosebumps tingle and Reitman does his best to manipulate them for narrative use.
Carrie Coon once again makes a case for being one of the most underrated actresses of her time, with her Callie largely leading proceedings with heart and humanity before being horrendously sidelined for the younger generation.
Ultimately, Ghostbusters: Afterlife occasionally feels like Ghostbusters: Afterthought as reference upon reference is shoehorned in - it's stifling and unfortunately, more of a rehash than its own future.
By Darren - May 08, 2022 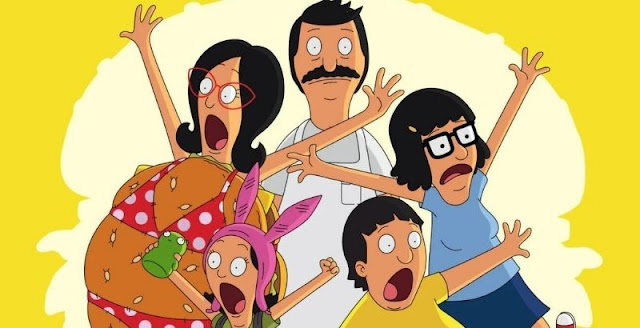