A look at the crop of the films viewed at the New Zealand International Film Festival on Day 2 - reviews include - Crazy Horse, Farewell My Queen, The Angels' Share and Bernie. 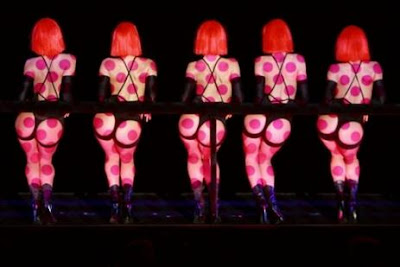 Crazy Horse - a look inside at the (very pert) view of Paris' nude revue, Crazy Horse is more about the venue (initially) than its staff as it peeks into the world within. Some 30 minutes pass before anyone is named and director Frederick Wiseman spends more time on the filming of the tensions at a production meeting than in giving us back stories, which initially leaves you feeling he favours filming the silhouetted female form rather than tapping into the psyche. But in amid all the rehearsals, talk of choreography and occasional looks at the dancers watching outtakes of ballet dancers cocking up, a funny thing happens - you realize you don't care about knowing the trivia of lives only briefly glimpsed. Sensually filmed and a little on the erotic as the stage performances play out, Crazy Horse becomes an insightful look into what it takes to keep the Paris venue riding high - rather than being just about the day to day squabbles of the artistic. 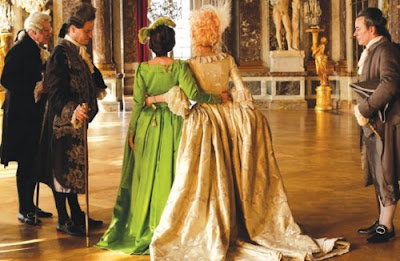 Farewell, My Queen - The latest period piece takes us back to Versailles and the court of Marie Antoinette as the storm of the Bastille approaches. But it's not a pomp and ceremony piece (aside from the sumptuous costumes) with the director preferring to view life from the servants' point of view. To that end, we follow Lea Seydoux's Sidonie Laborde, a young servant whose job is to read to the Queen but who gradually finds herself drawn in more to the Queen's chamber and into the Queen generally. As the growing unrest and uncertainty hit the staff as the revolution nears the door, Laborde comes to find her security from being so close to the Queen (played by Diane Kruger) is under threat despite her slavish devotion. And one choice could see her life forever changed. Farewell, My Queen is a perfectly serviceable period piece which is more of an overview of lives about to change rather than a dramatic retelling of the end of Marie Antoinette's reign. Unfortunately a little slow in places, Farewell, My Queen does little to fully engage the audience and maintains a curious detachment from any real kind of emotion - despite the implied lesbianism and love on the screen - not a massive disappointment by any stretch of the imagination but an interesting and different insight into a story often told. 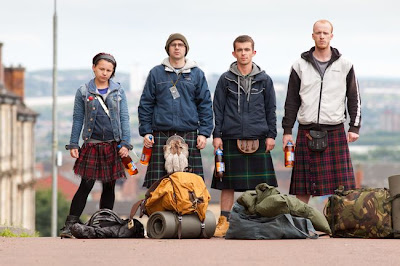 The Angels' Share - Ken Loach delivers an unabashed audience pleasing, absolute cracker of a film which is as charming and memorable as it is funny. From its opening montage of young offenders being sentenced to community work, you wonder if the trademark realism is about to pierce the relatively light proceedings. But the master of miserabilism on the council estate delivers such a tonal shift early on and unleashes corking tale from Scotland about an apparent no hoper called Robbie, who's running out of chances, that it'd be churlish to resist. Just when you think Robbie's story will see him beaten by family rivalries and forced to leave his new son, a second chance and a gaggle of misfit Scottish colleagues end up on a caper comedy rife with pathos, heart and humour. Loach works with leads who're unknowns and thus garners great performances from them as he draws this tale together. The Angels Share is about second chances, friendships and whisky - you'd be foolish to miss this wee dram of a film; it's an absolute ripper. 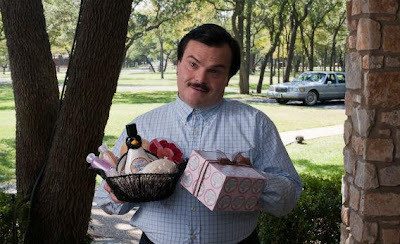 Bernie - Jack Black reteams with Richard Linklater in this latest film, a tale that loudly proclaims "What you're fixing to see is a true story." Set in small town Texas, Black stars as the slightly effeminate Bernie Tiede, a local mortician and all round good guy - the kind of guy who'll go the extra mile to ensure the widows are all happy after the event by delivering flowers, hugs and the personal touch. Plus, his dedication to his community sees him delivering everything they need - and more. But when Bernie befriends the nastiest  (and latest) widow in town (played with relish by Shirley MacLaine), the friendship pushes Bernie over the edge and he commits murder. Jack Black impresses mightily in this - his subtle dialled-down performance (as opposed to the usual OTT he brings) means his character feels multi dimensional and real; and with Linklater using plenty of talking head interviews to get into the small town frame of mind, everything's deliciously put together for a cinematic feast which is charming and memorably warm - a subtly blended mix of small town ideology and dark comedy.