A wrap up of the latest NZ International Film festival films under the microscope.. 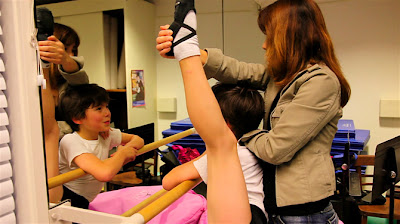 First Position -  This ballet doco follows a group of six young dancers from different backgrounds who all share the dream of being the world's best and part of dance companies around the world. Primarily it centres on this group as they prep for the Youth America Grand Prix, the daddy of all the competitions. It's a fairly formulaic doco - we follow the kids as they get ready, revel in (or be repelled by) some of their backstory and wait for the results as they take to the stage for the final dances. Director Bess Kargman manages to luck out choosing six kids who've clearly got what it takes but never once exploits them for our enjoyment. From 11-year-old Aran, who just loves ballet so much, he can't put it into the words he needs to Michaela, an orphan from the horrors of Sierra Leone, this piece is as much about the kids and what drives them as the parents and what they've sacrificed. And talking of the parents, one stands out - Sabato, whose children Miko and Jules both compete but have different drives to do so. Yet it's Sabato's push to build so much pressure that leads to some (un)intentionally comic moments as they prance around to varying degrees of success. The cynic in me would suggest that we're emotionally manipulated into Michaela's corner as the almost insurmountable odds conspire against her (few others have so much about their personal lives revealed in such emotional ways) but I can't deny that there was a tear in my eye as the results of the Grand Prix played out. This is a doco which is slickly produced, colourful and engages with its audience from beginning to end as it charts the highs and lows of devotion, both on and off the dance mat. 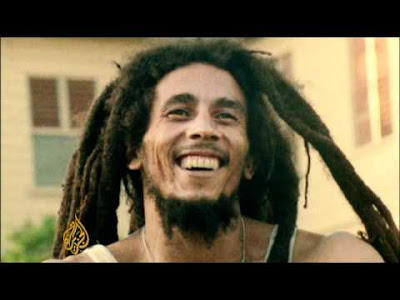 Marley - The reggae legend gets his own doco in the festival and it appears the seal of approval from all involved with comments from a myriad of family and friends. In fact, the scope of this doco is epic, respectful and insightful to the non fans (I'm counting myself here) and fans alike. Director Kevin MacDonald's pulled together a piece which is vibrant, and relaxed at the same time (more to do with the music than the collective toking on Marley's life) and one which is at pains to point out why Marley was such a success. It's a snapshot of a melting pot which gives this musical profile some feeling of why Marley was such a hero to some and even illuminates a lot about the politics of Kingston at the time of the 70s. There's also sly humour throughout with much mirth espoused with laconic deadpan style by many - and a shot of one white boy rocking out to Marley is something akin to major face-gurning but is hilarious. Relying on archive footage, snippets of interviews with the man himself and a cracking OST, it's clear to see why Marley's appeal lives on for many (even a scene of Marley experiencing the marae welcome garnered a cheer). It's not all roses and smiles though with tensions highlighted between Marley and his Wailers - as well as his amorous ways - but they're handled in such a well presented way that you're drawn into his life more than you could ever expect. While the doco's a tad overlong (perhaps a necessity so everyone could have their say about this brief life which burned so bright) it's obvious Marley is a talent - so too is MacDonald for pulling together one of the most complete musical profiles committed to celluloid in a very long time. One love, y'all.


And one very quick line to urge you to make sure you're at the films on time - not just for the comfort of other cinema goers but because you get the chance to see some very impressive short films here and there too. So far, the highlight's been a little one called Ten Thousand Days (playing before Wish you Were Here) which was funny, quirky and amusing. It's these little bites of cinematic excellence that really make the festival worthwhile and a chance to be reminded that our talents are being showcased here as well!