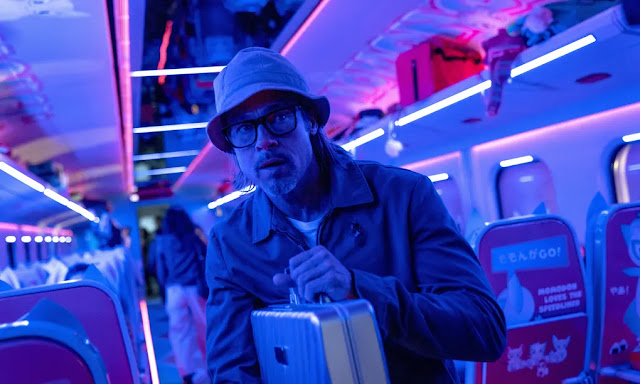 Bullet Train is a thrill-packed ride in parts, but it takes too long to get to its destination and there's not an ounce of emotion throughout proceedings to pull you in.

Based on a 2010 bestseller by Kōtarō Isaka, it's the story of assassin Ladybug (Pitt, all surfer vibes, and chill out man attitude) who's trying to get back in the game after he believes he's down on his luck.

Told to get on a bullet train in Japan and simply retrieve a case, Ladybug doesn't think it's an easy job but his handler (Sandra Bullock, teaming up once again with her Lost City co-star) disagrees.

However, Ladybug soon discovers he's right as a series of circumstances pits him against a train-full of other assassins hellbent on ensuring it's the end of the line for him...

There's no denying that Bullet Train is a shiny, slick affair, one that's a few steps away from being an ACME cartoon hack'n'slash beat-em-up video game of a movie. 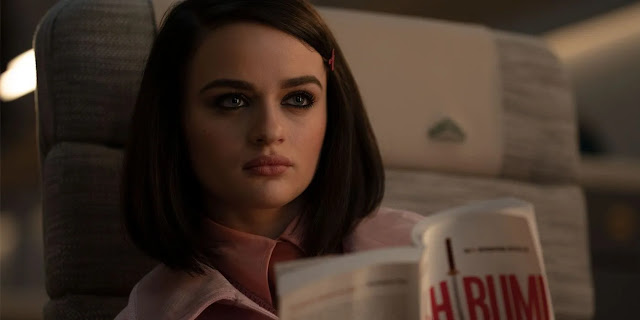 Mixing the action with the comedy, and trying to be Guy Ritchie with Taylor-Johnson and Henry's London hitmen Lemon and Tangerine, the film's dangerously close to trying too hard early on - and for ekeing proceedings out so desperately as the movie edges closer to its final destination.

It's almost as if, in among all the impressively choreographed stunts and action, there's too many characters to deal with, and too much style that Leitch wants to get on screen. This is a film that even has a flashback sequence for a water bottle, so there are moments when it feels like it's too much.

Pitt, with his character's zen-like utterings - "Let this be a lesson about the toxicity of anger" being one example - makes an affable enough lead, but the relaxed nature of his character belies some of the danger and tension the script could have afforded proceedings. With so many others on the train, and so little time to spend on them all, characterisation goes by the wayside with quips and cartoonery feeling more like what's to be relied on.

Perhaps it's telling that Bullet Train is from the director of Deadpool 2. With its reliance on a CGI-heavy finale and action and comedy, it sacrifices the tension and potential the storyline offered.

That's not necessarily a bad thing, as there's no denying Bullet Train is an adrenaline-fuelled ride once you're on the train. But the moment you've reached your destination and exited, it's worryingly forgettable.