Gwendoline Christie's laconic voiceover turns frames of director Eva Vitija's tale of The Talented Mr Ripley and Carol author into something that's as soothing as it is meditative.

But what emerges from this portrait is a film that's as much about Highsmith as it is about the complex relationship she shared with her mother. 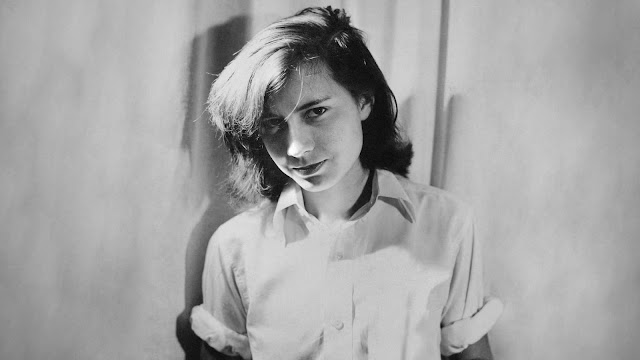 It also looks very closely at Highsmith's relationship with women, including comments from those she was involved with, adding an air of forbidden authenticity that's hard to shake.

Through narration over footage, diary entrants and animation, Vitija carefully constructs a poignant tale that's as revealing as any autobiography could have been, and as enlightening as any casual fan of Highsmith's work would expect it to be.

That's to say though for outsiders not engaged with Highsmith's writings and thoughts, it's not impenetrable, more that it remains somewhat of a cold and aloof story that tracks and traces relationships for its own use.

Yet, curiously enough, its raison d'etre is less about looking at Highsmith and seems to be more a clarion call for those in the closet to seize control of their destiny. On this front, its director's desire for the film to be "a plea for the women of the Highsmith generation who fought for the right to live and love according to their true identity", Loving Highsmith feels like a pertinent documentary that never quite reaches emotional highs, but may prove to be the fire some may need to feel justified in their lives.