Buoyed by some great energy and an unfolding tale that's firmly in the WTF territory, Jono McLeod's documentary benefits greatly from the spiralling onion of revelations from its subject.

One of those films that it's best going into with no prior knowledge, it's the story of Brandon Lee, a young student who became an international name for reasons that are too spoilery to reveal - if you don't already know. 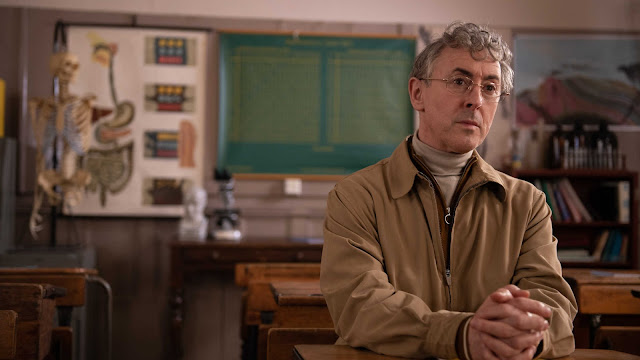 Some may have in mind the NZIFF hit The Imposter when viewing this, but McLeod's strengths in the film come from the deft way he uses talking heads from the school at the time (himself one of them) and a non-varying line of empathy to its subject.

But what emerges from My Old School is something more than a simple twists and turns story - it turns the incredulous into the tragic with aplomb, and manages to also condemn pressure from society as being a factor in what plays out. (Again, to say more is to spoil it, but there's much fertile ground for discussion afterwards here).

There may be a great deal of light-hearted playful touches deployed throughout My Old School, but if you have any humanity, you'll leave viewing it with a strong vein of sadness coursing through - at its heart, it's a tragic circumstance made marvellously entertaining by a docomaker who has the levity needed to handle all angles of this engrossing story.