There's a woozy vibe to Tom Levesque's story of a disconnected student who becomes friends with an ASMR streamer - but there's not quite enough of a narrative to pull it fully through towards the end.

Thankfully, the Auckland-shot sets and the performances of the leads Mille Van Kol and Sarah May are compelling enough to get you to the finish line.

Van Kol is Sierra, a charity street worker who, to be frank, lacks the presence needed to pull in the punters in her organisation's quest to save the marine life. A lack of sleep and extreme insomnia forces Sierra to the doctor's, where she drifts off unexpectedly by focusing on the atmosphere of the room and the sound of the mint in the GP's mouth. 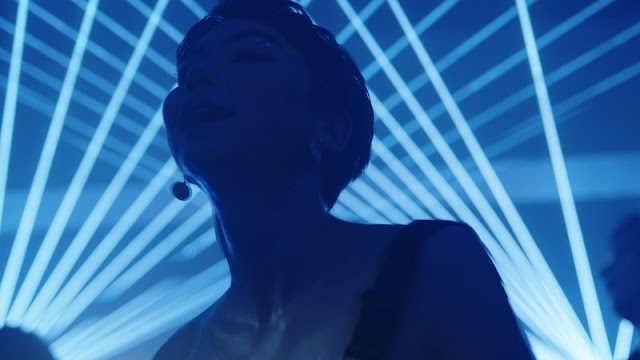 Prescribing her a course of ASMR (autonomous sensory meridian response), Sierra falls in the thrall of Sarah May's Kate, a streamer whose channel is popular enough and whose outgoing personality is the antithesis of Sierra's awkward attempts at connection.

Auckland's never really looked more different and vibrant than in Levesque's camera. Locations scarcely photographed or used have an energy and do much to convey the vibe of the film, which lulls you in with its rhythms. At its heart, it's a story of grief, and Van Kol makes great fist of the internal conflicts and the dreamlike world she exists in - the script brings you dangerously close to disaffection over the story, but thankfully her performance makes it worth clinging into.

There's a dreamlike aesthetic here and in a world increasingly rocked by a lack of connection, Shut Eye comes close to evoking a sense of sadness, disconnection and also the joy of a deep and warranted friendship.