God's Own Country director Francis Lee turns his precision lens to the story of fossil hunter Mary Anning in this tale of frustrated ambition and love. 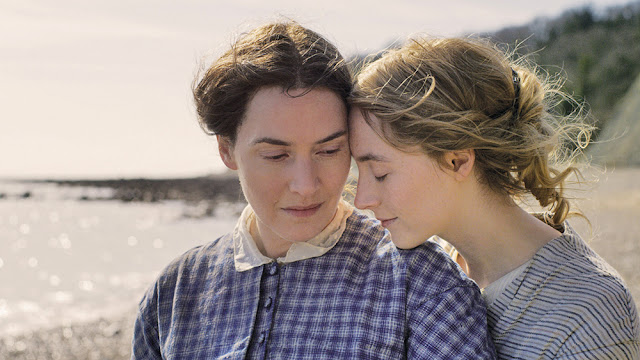 Winslet is Anning, who spends the days on the beaches of Dorset scouring for fossils in among the inclement weather and muddy cliff faces while facing the reality of barely making ends meet in her tourist seaside shop.
With days of discovering major fossils behind her, and with poverty continuing to knock at the door, Anning is faced with no choice but to look after the convalescing Charlotte Murchison (Ronan) after her wealthy husband insists and offers to pay. But, despite the initial distance between the pair, and the clear class divides, a relationship, forbidden by society, develops.
Handsomely shot, and at times, run at a glacial pace, Ammonite lacks the intensity of the kind of relationship explored in Lee's stunning debut, God's Own Country.
Winslet's steely determination throughout renders Anning an almost impenetrable character, whose motivations are hard to fathom. Lee wisely uses other interactions with Anning to flesh out her story, and when Anning finally lets some of her guard down, Winslet subtly integrates nuance into her delivery and lightens her tone, brightening the screen and breathing life into an almost fossilised character.
Equally, Ronan helps push through some of the coldness of the movie, with glances and moments helmed by Lee helping fuel more of a character. From looking longingly at a room full of people to disappointed looks to her husband (McArdle in a brief but memorable turn), Lee's camera captures more insights into the pair than the script allows. 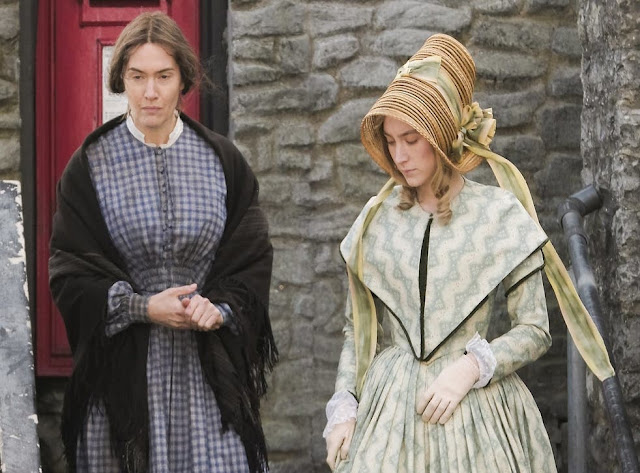 In fact, it's Lee's capturing of the intricacies and minor details (a horse's strap, a camera hanging on eight ceramic ornaments that have more significance later on) that provide a more handsome and rich tone that Ammonite could have done more with. His eye for seeming visual insignificances of the world around his characters does much to fill the obvious narrative gaps that will leave some feeling cold and isolated.
By Darren - June 13, 2022