The vibrant Fire Island's take on Pride and Prejudice, launched on Disney+ during Pride month, is a major step forward for representation on all fronts. 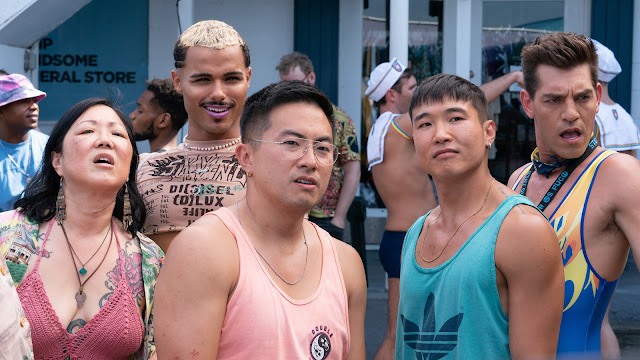 Booster, who wrote the screenplay, stars as Noah, one of a group of queer friends who head to Fire Island for a week-long vacation where frolicking, flirting and being fabulous all go hand-in-hand.

But Noah, who insists he isn't looking for a relationship, makes it his mission to help long time friend Howie (Yang, easily the vulnerable heart of the film) get laid and finally come out of his shell. However, when Noah and their gang fall in with another group of partygoers, romance and reputation are on the line.

With the levels of sass being obvious from Fire Island's opening salvo, it's clear that Ahn's film isn't here to mess about.

Likeable leads, quippy oneliners and a degree of zing give Fire Island the heart - even if some of the cast fare less well during the outing. 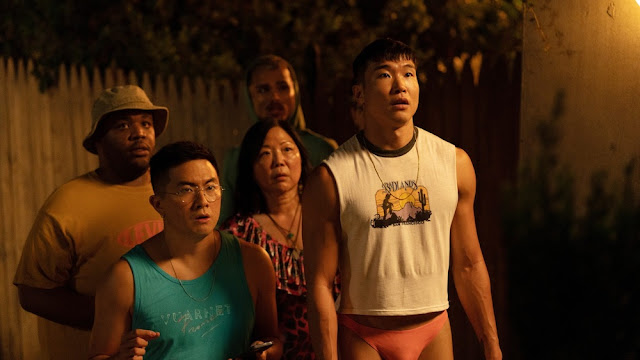 After making a big thing about Margaret Cho's character and her dilemma, the film drops a plot point never to be seen again, even as the one last holiday together vibe comes together. But biting dialogue and clever diversions from the Pride and Prejudice-inspired film make that seem less than it should be.

It helps that the leads of Booster and Yang are easily the film's beating heart, an out and out clear call for representation that sings loudly on screen and normalises the romcom relationship issues faced in every other film of the genre.

Sweet in many ways but not sickly, a reminder of the bonds and perils of family, Fire Island is heartwarming fare that is leaps and bounds ahead of anything else that's been glimpsed in its genre in 2022.