Mixing an elegiac feel with arthouse pretensions of doomed love, Mothering Sunday is an ambling drama that may try some of your viewing patience but will reward those who stick with it. 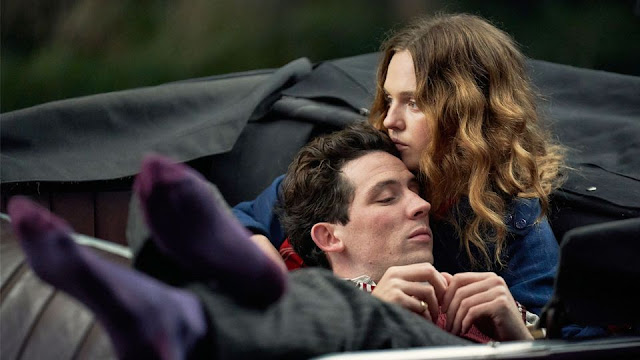 Looking at life after tragedy has ripped through, Colin Firth and Olivia Colman play bereaved parents, and owners of an estate. With their children stolen by the Great War, the pair negotiate life in a haze; Firth’s Mr Niven is the more upbeat of the couple, seeking to try and continue life amid crippling grief. His wife,   (Colman) is less upbeat with the desperation clearly gnawing at her from the inside.

On Mothering Sunday, they grant their household staff the day off to see family. But one, Jane (Young) is an orphan so chooses to spend the day off in trysts with Paul (The Crown's O'Connor), the neighbour of the Nivens, who's engaged to someone else.

Paul is the only one to have returned from the war, but bears the scars inwardly of being the sole survivor and of feeling trapped in what life now has laid out for him. 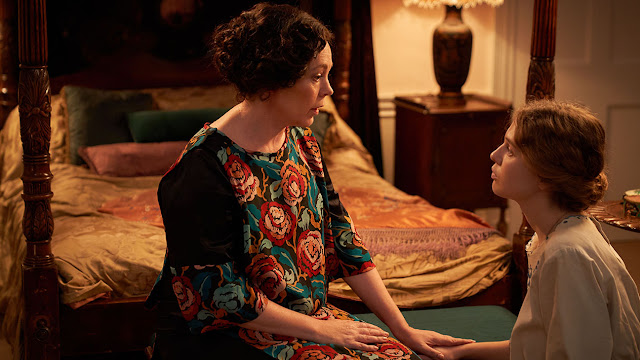 Mothering Sunday is adapted from the novel by Graham Swift, and to be frank, spends an awful lot of time in its maudlin mouldings, and in its UK Home County trappings. It's very much the definition of slow cinema, with the first 30 minutes or so, with its flashbacks and pedestrian pace being enough to put off an audience not willing to assuage themselves to its rhythms.

Husson crafts something meticulous that looks stunning, and yet also feels remote. The sex scenes lack the intimacy and feel cloistered by the fact they could be the last time the pair meets before Paul has to embrace his new life. It's an almost oppressive atmosphere that clouds all of it as Young's Jane wanders around the house naked post coitus.

If Young and O'Connor make good fist of a doomed pair, Colman and Firth also take great solace from their pained Nivens, as they struggle to make a life after death. Colman looks constantly on the verge of tears and a breakdown, and the one scene she has to command, she seizes with both hands. Firth juggles more with English dignity as the melancholia washes over him and certainly Young is swept up in the grief cycle this narrative rains down on them.

Mothering Sunday looks prestige, and will hit a certain crowd with poignancy if that's their desire, but its aloof nature means many will feel held at bay, uncertain of whether to sympathise or simply let it ripple lightly over their heads. It's a little too detached in its narrative to provide enough emotional heft at its denouement, but it may just satiate some quarters of the audience.