Developer:
Published by Rebellion
Platform: XBox Series X
The fifth outing from the Sniper Elite series rarely feels like it deviates much from what made the core game itself a comparative hit. 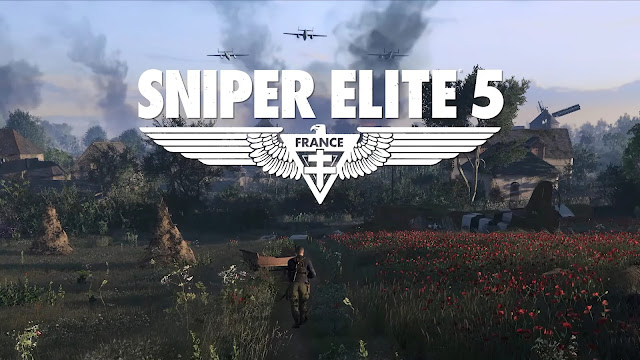 At its heart, this really is a game that does what it says on the tin - you play a sniper trying to pick off various bad guys and complete a series of elite missions without being killed. It's not really rocket science.
In the third person shooter, you play Karl Fairburne, a sniper from the Allied Powers who heads off to France in 1944 to destroy a secret project known as "Project Kraken". Which just basically means you have to head through the World War II climates and pick off your enemies one by one to achieve your targets.
The X Ray Kill cam is back - and remains as gruesome as ever, but there's always the question of why when your character is picked off, he's never victim to the Kill cam too. Bullets shatter in slow mo through body parts and destroy bones, shattering body parts with visceral glee - it's horrific stuff, and maybe a glorification of the ugliness of war, but it's still well executed throughout. 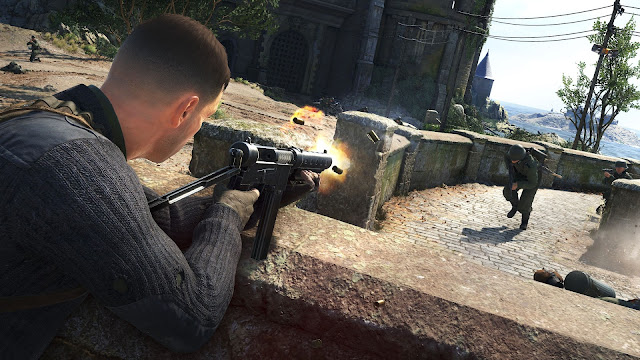 There's not much deviation from the original game's MO to be honest, but while characterisation is kept disappointingly to a minimum, gameplay remains much the raison d'etre. Stealth rewards and hurtling into the theatre of war all gung ho inevitably results in your swift demise. Occasionally save points in the game are frustratingly few and far in between leading to plenty of agonising over where to start again and what to do different.
Sniper Elite 5 is a nicely executed game, but its limitations are coming sharply into focus as the fifth entrant is released. Time may help rejuvenate the series, but it remains to be seen if this franchise can stay on target, or if it's off scope.
Sniper Elite 5 is  now available on XBox Game Pass as well as other platforms.
By Darren - June 10, 2022