More a hang out movie than an outright narratively driven affair, Phantom Thread director Paul Thomas Anderson's latest is a 70s set tale about the long route to a true love story.

Cooper Hoffman plays hustler kid Gary Valentine, a child actor, would-be businessman and hype maker whose grandeur comes from his own self belief. During the annual school photograph session, Valentine sees assistant Alana (Haim) and decides that she will be woman that he's going to marry. 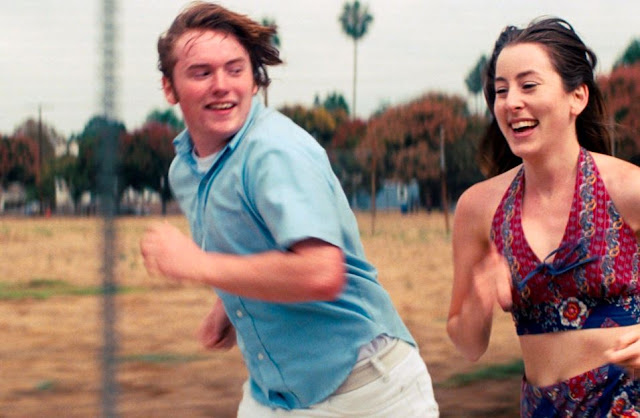 Pursuing her doggedly around the school, Gary's surprised when she shows up for a date with him despite a 10-year age difference - marking the start of their zig-zag romance and their adventures through the San Fernando Valley.

To call Licorice Pizza meandering is perhaps to do it a disservice, but the almost ramshackle nature of the film, its manifest-anything protagonist and its low self-esteem suffering female lead prove to be an intoxicating mix of mood more than anything.

Valentine may have his grifter trappings, the cocksure belief of a self-manifester and his seemingly persistent approach to life, but Cooper Hoffman imbues him with a sense of innocence that is painfully contrasted with the other older male role models in the Valley.

From Sean Penn's seedy ageing actor, to Bradley Cooper's volatile and unhinged Jon Peters, via John Michael Higgins Japan-obsessed Jerry (who puts on an awful Japanese English accent to talk to his various wives), the older men in this tale are just varying degrees of repulsiveness personified, all indicators of how the Valley can produce nastiness when the sun goes down.

It's no wonder that Haim's Alana is wary of Gary, his youthful exuberance bristling against her never-ending feeling of being let down by men. It's a fascinating dichotomy that Anderson brings to the fore, an unsettling exploration of 70s exploitation within various industries.

Thankfully Haim's gradual softening into idealism blossoms, and with the flourishes, she brings her Alana to life as growing resentments and the push-and-pull dynamics of the burgeoning relationships come into play. Haim's a natural talent on the screen, and the pairing with Hoffman's Gary Valentine blooms over the 135 minute run time.

If Anderson does occasionally give a feeling of episodic ramblings in this hangout movie rather than a strongly pursued narrative, along with an evocative OST from Jonny Greenwood, some choice music from the likes of The Doors, and some excellent costuming, his recreation of the era is greatly rewarding.

Licorice Pizza is definitely all about the journey, rather than the destination, but it's an engaging and enjoyable one to behold from beginning to end.