It's the return of the Pac in this compilation spanning 42 years of Pac-Man's gaming life.

Collecting together 14 titles from the Pac-Man series, some of which have never been available again since their first outing, this is a relatively fun return to the maze for the dot-chomping yellow creature. 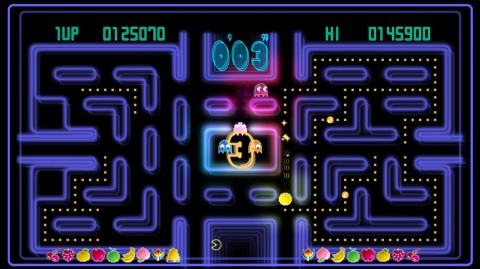 How you'll feel about the collection of games will largely depend on how you feel about the maze variations. From the original Pac-Man to the Pac-Man 256 game, there's a variety of titles here, and not all have the enduring lasting power of the gaming icon.

Housed within an arcade where Pac-Man roams freely, the game offers customisable elements proffered from playing the various games. From cabinets to wallpapers, every title gives you a chance to gain something new for the arcade as you go further in each game.

From a Marble Madness inspired style roller take on Pac-Man in Pac'n'Roll remix to the somewhat awful Pac-In-Time game, the quality of the gameplay varies, even if the emulation of each title doesn't.

It's nice to see a comprehensive look across Pac-Man's 40 year history but it's a shame there's no actual history imparted during the games, with them simply being unlocked and rolled out throughout. 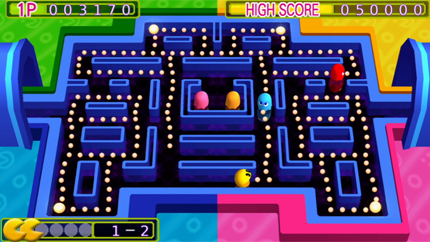 There are still plenty of vicarious thrills to be had from the 42 year old original, and more modern takes offer fun gameplay, but there is occasionally a feeling of filler in this title.

Maybe a visit to this museum is worth a trip on a rainy day, but you may end up leaving Pac-Man Museum+with a nagging feeling that an icon like Pac-Man has had an extremely chequered gaming past, when it should be plain sailing given its simplicity.