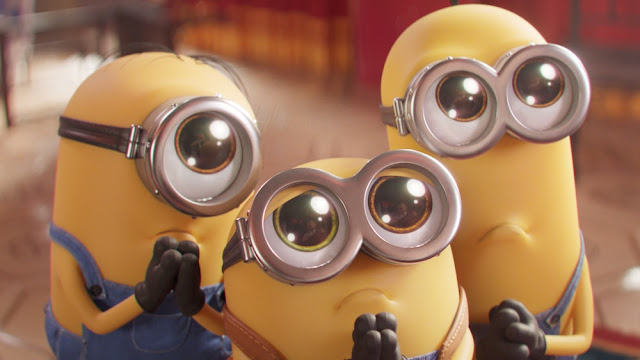 Set against the 1970s backdrop, Steve Carell's Gru yearns to be part of supervillain criminal gang, The Vicious Six, headed up by Henson's Belle Bottom. When the gang betrays their founder Wild Knuckles (Arkin, in usual sardonic form), an opening appears and Gru is one of the many applicants for the position.
However, seeing him only as a child, Gru is laughed out of the process, and told to come back when he's done something evil. So in among the chaos, Gru steals a talisman the Vicious Six has just purloined for their own nefarious ways - but when he's kidnapped and held to ransom, it's up to Minions Kevin, Bob, Stuart and newbie Otto to try and save the day.
Minions: Rise of Gru does exactly what you'd expect on the tin to be honest.
And that's perfectly adequate for a madcap film that doesn't dazzle the animated world with techniques, but delivers continual laughs and nods to what's to come in the Despicable Me series later on. 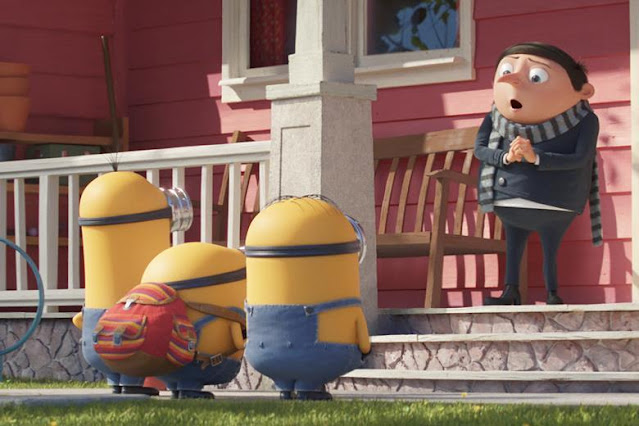 With rich backgrounds making the most of the groovy 70s' setting and San Francisco, as well as the music cues of the time, the Illumination animation stable knows about depth, but also wisely knows that it's not really about distracting with background gags, choosing to keep the Minions front and centre of proceedings, as that's what the children of all ages in the audience want.
Five films in, there's no sign yet of di-Minions-ishing returns for these yellow critters, though it is perhaps as far as they could go, given the split level nature of the narrative - is it a Minions film, is it a Despicable Me film - but there is more than enough to amuse all sectors of the audience.
Moments of inventive madness sit alongside great animation to make Minions: Rise of Gru a perfect family feelgood outing for children of all ages - big or small.
By Darren - June 20, 2022