Cast: Austin Butler, Tom Hanks, Olivia DeJonge
Director: Baz Luhrmann
Frantic and frenetic, it's perhaps appropriate Baz Luhrmann's take on the Elvis story is primarily led by Colonel Tom Parker a former carny showman, given how much it feels like a rollercoaster ride, with highs and lows throughout its bum-busting 2hr 40min run time. 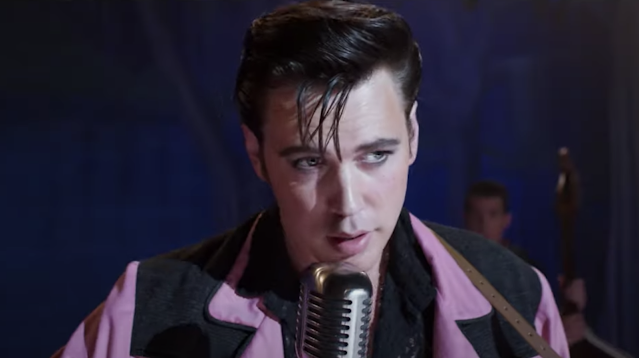 With Parker's claims that he's not to blame for Elvis' demise, but with signs that he's an unreliable narrator, Luhrmann spins us through decades of Elvis' life with absolute chutzpah and nothing short of a giddy opening that is as energetic as it is compelling.
With the jukebox music blasting and Hanks' Parker lurking like some kind of predator, grooming Presley for his next big thing, there's a dichotomy here that's uneasy to behold and a narrative that's scarcely apparent throughout. It's more of a loose run through Presley's life that barely seems to hit any of the emotional highs it needs to make it feel anything less than superficial.
Key moments such as Elvis' mother's death are rushed, and barely register any kind of impact, which is odd given how seismic the film intimates her passing was on Elvis later on. And hints of Parker's impropriety and downfall are relegated solely to the end credits, despite scenes of his end bookending the film.
Perhaps though that is not the film's desire - there seems to be no strong enough thread to ensure the story doesn't feel like it jumps from one sequence to the next, loosely connecting anything and spinning as much on screen as a fairground ride does.
It's perhaps Luhrmann at his most indulgent in some ways - a chance for jukebox spectacle above all else, and a hint that this is a feelgood film less concerned with the darker elements of the King's life and more interested in following the lighter Bohemian Rhapsody take on a music story. 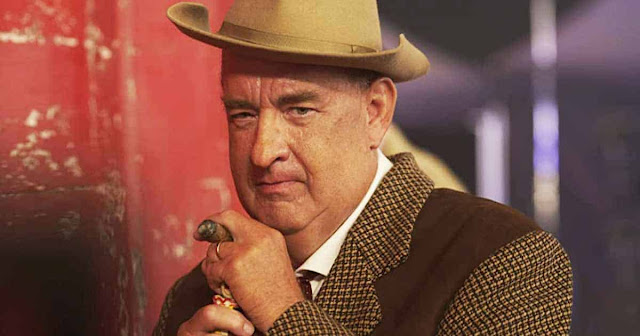 Complete with dizzying quick cuts, the film leaves you all shook up and feeling like you're caught in a trap of Luhrmann's making as he bombards your senses with an ethos of "Enough of that, take a look at this!". With the fast-slow approach to the narrative throughout the film, the lows are terrifyingly slow too, and don't land because the emotional investment hasn't been engaged within.
And yet, despite all of this, the highs the production delivers are second to none.
Scenes of Butler performing as Presley are utterly electrifying. From Suspicious Minds at the Las Vegas International to early scenes of Presley hanging out in Club Handy, Luhrmann lays it all out on the screen, and Butler steals his moment to shine. It's a star-making turn for Butler and one that he seizes greatly upon, giving the film its vibrancy and energy that's apparent from the opening moments.
There's no denying the King's power was his music and Elvis delivers that in spades, giving goosebump moment recreations.
But at the end of the day, you're no clearer about the seemingly complex relationship between Parker and Presley, which feels like abuser and victim, but never really gives enough meat to feel like it's justified.
Ultimately, Elvis is all spectacle and little else - that's good enough for a 2hr 40min spectacular cinema experience, but not quite good enough to live up to the legacy of the King.
By Darren - June 23, 2022